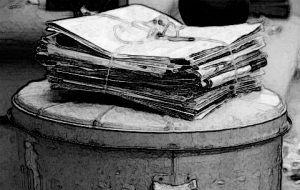 Down here in Moore County, our main choice for local news is a twice-weekly ad rag published by the former owners of that leftist slime machine The News & Observer.  They sold that atrocity for an outrageously exorbitant sum of money, and then moved down here to start tearing apart our charming county with a whole lot of duplicity and journalistic malpractice.  The owners of the paper tout themselves as unbiased observers and reporters of current events, all the while campaigning for and dumping tons of money on liberal politicians.

They’ve joined the nationwide liberal trend of trolling social media and public commentary, taking a few comments out of context, and making a public official apologize for being a BIGOT.  Moore County’s latest victim is conservative county commissioner Otis Ritter.

Mr. Ritter described a bunch of Alinsky-like form letters sent to his house, regarding the commissioners’ “neglect”

of the county’s schools, as “trash” lacking any sort of factual basis.  THAT ticked off the folk at The Pilot.  They have, it seems like forever, cornered the market on fact-less TRASH.  A typical edition of their paper is FULL OF IT:

Moore County Commissioner Otis Ritter has acknowledged that he used a “poor choice of words” when he referred to letters from people advocating for increased school funding as “trash.”

“I used a term I should not have used,” he said in a brief telephone interview Monday afternoon. “I got raked over the coals. It was harsh, but I guess I asked for that. I guess I got what I deserved for saying it that way.”

Ritter made his comments after County Manager Wayne Vest gave a detailed presentation to the board during its Feb. 7 meeting about how the count 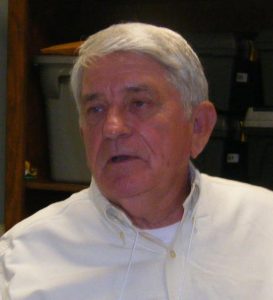 y has funded public schools during the last 11 years. He was referring to about 66 letters he had received and that all but five were worded about the same way.

A bunch of form letters from organized leftist agitators is exactly that — TRASH.   THIS got twisted by The Pilot — and a small group of leftist agitator groupies — into Ritter calling “concerned constituents”  “garbage.”

“What bothers me about all of this is that no one on this board has indicated that we would not take some of the slack if the state does not fund all of these things,” he said in reference to fears that things such as music, art and physical eduction [sic] could be cut next year. “That is what disappoints me.”

His comments last week brought an outpouring of criticism on social media as well as online at The Pilot, with calls for people to also contact Ritter by email to share their concerns.

Ritter also endured strong criticism for saying that it “is hard to sit up here and be brow beaten over something that has not happened yet.” He said Monday he was not referring to those who spoke earlier in the meeting, but instead to what has been said at budget presentations Superintendent Bob Grimesey and other officials have been conducting at schools around the county about the possibility of having to cut music, art and physical education in order to absorb K-3 class size reductions mandated by the state. Those mandates do not include additional state funding.

School officials have said that unless the N.C. General Assembly grants some relief, the school system would have to hire 36 additional teachers and bri 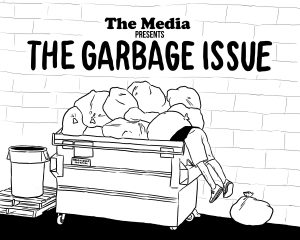 ng in more mobile units — with an estimated cost of $2.9 million.

“They are going around and saying we will have to cut these things,” Ritter said. “That is really disappointing to me. Teachers are scared.”

That;’s right.  The professional bureaucrats at the central office can get out there and say ANYTHING, and The Pilot will dutifully transcribe it NO QUESTIONS ASKED.  *You can’t blame them, I guess.  It is soooooo hard to go demand the financial records from the county and compare the info there to the utter crap coming out of the school administrators’ mouths.*  MORE:

[…]Ritter reiterated a point me made during the commissioners’ meeting last week that legislation has been introduced in the House to give school systems flexility [sic] on the class size requirements.

“The legislature has said it is going to back off on this,” he said. “This doesn’t just affect Moore County. It affects all 100 counties.”[…]

That reminds me.  The legislature gave counties money to deal with class size issues.  Clearly, Moore County spent it on something else.  Where are the tough question about that from the layabouts in The Pilot newsroom?

State Rep. Jamie Boles, who is one of the co-sponsors, has previously said that he expects the General Assembly will approve the legislation. Called HB13, it was introduced during the previous special session and approved by the House. But the bill was not taken up by the Senate before that session adjourned. 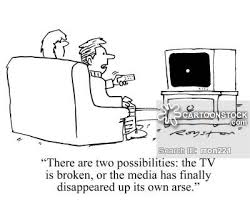 Speaking of Boles, and Rep. Allen McNeill and senator Jerry Tillman — all of them are members of the GOP majority in the legislature.  All of them allowed their colleagues to raid and siphon off sales tax and lottery money meant for Moore County schools.  Why is there no pressure on them to put up a fight to get our money back?

Moore County schools comes out with crap like this every year, and The Pilot aids and abets their deception every year.  The Pilot refuses to acknowledge that the county actually pays for more for the schools than they are required to by statute.  (They actually fund some positions, in addition to all of the facilities.  The state is supposed to handle personnel funding, while the county handles buildings.)

[…]“The trend of cutting teachers must stop,” he said.

Exactly.  The central office runs wild on expensive pet projects, and then goes public with moaning about not enough money for teachers.  No accountability at all for school officials handling our tax dollars.  THAT needs to change. Where is The Pilot on this?  (Taking dictation, instead of standing up for the taxpayers.)

Here’s the Moore school system begging and whining in 2013:

Reduction of funding for textbooks, instructional materials, and teacher assistants? .  State legislators and county commissioners appropriate lump sums to the school systems.  Bureaucrats at the state Department of Public Instruction and the Moore County Schools offices make the decisions about which specific line items get funded.  If you’re angry about there not being enough money for textbooks, go see Aaron.  It’s his fault.

Teacher pay?  The legislature sets a base for teacher pay.  Local systems appropriate pay supplements above and beyond that base.  Not happy with teacher pay in Moore County?  Go see Aaron Spence, Ed Dennison & co. over at the Moore County Schools office.  It’s their fault.

This is not the first time we’ve caught Spence playing fast and loose with the truth.  He’s gone before the county board of commissioners belly-aching about how he and his staff are running a shoe-string operation.  Teachers were going to get laid off, we were told.  Educational programs were going to be cut, we were told.  We busted Spence by pointing out — using his own internal records — that he has $12 million sitting in the bank.  (What I could do with $12 ,million sitting in the bank …)

We didn’t hear about ANY of this in The Pilot.

Well, let’s cut through all of the hyperbole and look at the facts of the case — starting with the Moore County Public Schools’ own financial data.   This spreadsheet shows that state funding for the Moore County school system in 2012-2013 is right about where it was in 2008-2009.  So, where are these draconian cuts Spence & co. are hollering about?

Look at THIS SPREADSHEET.  If you look at the bottom of the linked spreadsheet, you will see a row shaded in yellow.  THAT shows the variation between what the school system was given, and what they actually used.  According to this school system document, Moore County Public Schools have been overfunded to the tune of roughly $12 million for the last four years. The bottom line?  The edu-crats and the school board have regularly asked the county to give them millions more than they have actually needed.

Spence & co. have railed about how the county has apparently been showing a lack of interest in funding the school system’s technology initiatives.  Look at THIS spreadsheet.  Scroll down to the line item categorized (PRC column)  015.  Technology funding for 2012-2013 was actually a little higher than it was in 2008-2009.

One of my well-placed county government moles has expressed some frustration with Spence’s PR campaign:

“It’s one thing to go out there and demand that the taxpayers buy you a bunch of iPads. As far as anyone knows, there is no curriculum in place to supplement all of these new toys.   At the very least, he and the rest of the folks at the central office owe it to the taxpayers to couple that demand for iPads and other new technology with an actual plan — a curriculum — to justify the expense. ”

You get the picture.  Every year, the school system starts a public begging campaign featuring a lot of doom and gloom talk.  They demanded a lot of money from the state and

county the previous year.  They spent it however the hell they wanted to.  They’re still HUNGRY, and they want more.

There is no media watchdog looking into what they are doing or protecting the public interest.  The school board is loaded with a bunchless of clueless, useful idiots ready to rubber-stamp without question whatever the superintendent or his army of six-figure assistants plop in front of them.

You could empty every wallet and every bank account in the county, and it STILL would not be enough money for these people.

It must be nice.  Spend money however the hell you want.  If you run low, start shedding crocodile tears about how the chil’ren will suffer.  If anyone balks at giving you what they want, THEY HATE KIDS.   (These people are all looking out for themselves and their friends.  No one is looking out for you, me, our families, or our wallets.  We’re on our own.)