The Lexo-McInnis NC Senate primary race has been a wild and woolly one thus far.  The primary race down here between state Rep. Jamie Boles and challenger Ken Byrd is starting to heat up.

We all got treated to a mailer this week from Boles accusing Byrd of “flocking to tax increases.”  The mailer accuses Byrd, an Aberdeen town councilman, of voting for a 4 cent tax hike and a 5% increase in water and sewer fees.

Well, we did some checking and — of course — there is more to the story.  In April 2016, it appears the Town of Aberdeen was having some serious budget issues.

Staff presented the council with four options on how to deal with these issues.

Rep. Boles told you about a 4 cent increase.  He neglected to mention  that Byrd actually voted for a balanced budget. Balanced government budgets are required by law in North Carolina.
Speaking of tax increases.  According to the General Assembly website, Boles sponsored TWO tax increase bills in 2015-2016:  one for the city of Sanford, and one for Moore County.
Again, speaking of voting to take more money out of our pockets.  Boles voted FOR Competitive Energy Solutions for NC (HB589) in 2017.  This bill kept alternative energy (solar, wind, etc.) mandates and subsidies alive and well in North Carolina.  Lobbyists poured a lot of money into 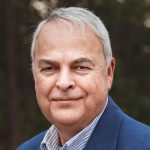 legislators’ pockets to get this bill passed — which has caused our power bills to go up and will continue to do so.
On the campaign trail, Byrd has criticized Boles for introducing bills that benefit his business.  Boles has countered by  suggesting that industry leaders come to him because he knows the funeral business.
Curiously, Boles introduced H422 in 2015-2016.  The bill specifically grants immunity to funeral directors and funeral home owners regarding traffic accidents during funeral processions.  Introducing a bill that provides a direct benefit to him.
*You gotta LOVE public service* ….