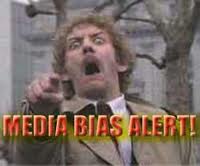 You can tell who the Left fears the most by looking at who the media attacks the hardest.

McClatchy Newspapers — which owns The N&O and The Charlotte Observer — has one of their correspondents tearing into GOP presidential frontrunner Herman Cain’s 9-9-9 tax plan:

Republican presidential candidate Herman Cain’s proposed 9-9-9 tax plan would shift the tax burden in the United States, raising taxes on the poor while cutting taxes for the wealthy.

While the Cain campaign has not produced enough details for thorough independent analysis, a flat 9 percent income tax and a 9 percent national sales tax would almost certainly mean higher taxes for at least the 30 million U.S. households that now pay no federal taxes.

And it almost certainly would mean big tax cuts for the wealthy, who now pay a 35 percent marginal rate on their income above $379,950.

Ultimately, in a second phase, Cain’s plan would eliminate all income taxes for individuals and for corporations in favor of a national sales tax. To raise sufficient money to fund the government, the sales tax rate would rise significantly, perhaps to 23 percent, analysts estimate, though Cain hasn’t specified a level.

The changes in income taxes would turn away from the progressive tax policy that’s shaped U.S. policy for a century, based on the principle that the wealthier people are, the more they can afford to pay in taxes.

“The plan could be expected to raise substantial amounts of revenue, but does so largely by skewing downwards the distribution of tax burdens,” said an analysis of the Cain plan this week by Edward Leinbard, a professor of tax law at the University of Southern California. He’s a former chief of staff at the congressional Joint Committee on Taxation, which analyses all tax legislation for Congress. “The 9-9-9 Plan would materially raise the tax burden on many low- and middle-income taxpayers.”

“It’s regressive relative to what we have now,” said Roberton Williams, a senior fellow at the Tax Policy Center, a joint effort of the Urban Institute and Brookings Institution. “It would raise taxes for people at the bottom and lower taxes at the top end.”

Cain has insisted it would not hurt poorer Americans, in large part because he would eliminate the payroll tax. But nearly 30 million households – about 18 percent – pay neither income taxes nor the FICA payroll tax, according to Williams. Most would pay more, perhaps much more.

Cain proposes to levy the 9 percent flat tax on all income after allowing an undetermined amount of charitable contributions to be deducted.

People with lower incomes would pay a disproportionately high share of income in sales taxes, because they spend much more of their income on retail goods.

Okay. Where do I begin?  First, the reporter gets the Stanford professor’s last name wrong.  It is KLEINBARD, not Leinbard.    Second, the reporter fails to mention Kleinbard worked for Congress’s Joint Committee on Taxation up until 2009 — while the Democrats were in charge.  (So, he got his job thanks to an appointment from the Democrat leadership.)  Third, the reporter also forgot to mention Kleinbard’s affiliation with The Center  for American Progress, a far-left think tank and advocacy group founded by Clinton White House chief of staff John Podesta.

(An interesting note:  According to Kleinbard’s bio on the CAP web site, his educational background is a B.A. in medieval and renaissance studies and an M.A in history from Brown University, and a  J.D. from Yale Law School.  How does ANY of that make him acredible expert on taxes and the economy?)

The other source, Williams, is affiliated with The Brookings Institute, a think tank allied mainly with the Democrat Party’s establishment and its line of thinking.

So, to critique the tax policy of GOP frontrunner Cain, we get treated by the alleged mainstream media to two BIG LIBS slamming it.  Did this reporter lose the phone numbers for Cato or Heritage or AEI?  Of course not.

The reporter presented two liberal Democrat politicos as non-partisan academic sources.  He had an agenda, and let these leftists use him like the useful idiot he is.