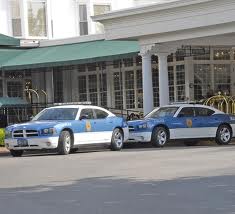 I’ve always been a huge booster of law enforcement.  I have a lot of friends who put on badges and strap on their holsters to go to work every day.  That’s what makes it hard to write something critical about the Village of Pinehurst’s Police Department.

A friend of mine who lives in Pinehurst frequently has dinner parties at his home. He and his wife began to notice that — the night of each party — a patrol car would set up shop down the street from his house as though it was preparing an ambush of people leaving the party.  My friend went to village government to inquire about this.  Village leaders promised they would investigate the matter. Within days, license checks and roadblocks began to appear on the road in front of my friend’s  house — during the week at the hour when people were driving their kids to school, and on Sunday mornings when people were driving to Sunday School and church services.  Those are both highly unusual time periods to check for drunk drivers.  Was my friend being sent a message?

I also had a few interesting experiences with the Pinehurst PD.  I’ll never forget a 2003 experience, about one week after I had moved to town.  I got in my car with a friend one evening to run out for dinner.  I stopped at a stop sign at an intersection near my house.  After seeing NO APPROACHING TRAFFIC IN EITHER DIRECTION     I turned right onto the main road.   I had traveled maybe 30 feet, before looking up into my rearview mirror to see blue lights.  Thinking the officer needed to get around me to go to another call, I pulled over. I was surprised to see the officer pull to a stop behind me.

The officer came to the driver window and asked for my license and registration.  He — a tall, athletically built black man in his late 30s or early 40s —  claimed he had clocked me doing 61 MPH in a 25 MPH zone.  My friend and I exchanged looks of disbelief.

I handed over my documents and said: “Sir, I think there’s been a mistake. I live right over there.  You can see the rooftop of my house over there.  I just left the house, and haven’t traveled far enough to accelerate to 61 MPH.”

The officer looked at the street address on my license, which clearly indicated I resided on the nearby street.  He went back to his patrol car with my stuff for a while. A few minutes later, he came back to my car and flipped my documents to me through the window.  “You can go,” he growled at me.  No apology.  Nothing.  Welcome to Pinehurst.

The next experience occurred during the first Vince Gill concert.  I was working as a crowd control volunteer.  A friend of mine approached to tell me his wife had cut herself, and needed  a bandage.  I led him out the concert gate to where I had been told paramedics would be stationed.

No paramedics could be found.  So, we headed across the street to the police department office.   We approached the customer service window in the lobby.  We could see a civilian woman and a uniformed officer engrossed in what appeared to be a light-hearted conversation.  I knocked on the window, and got a couple of annoyed looks in response.  My friend knocked again, before the woman rolled her eyes and came over to see what we wanted.  She and the officer treated us like we were a huge annoyance.  That public service thing can be such a bother.

The third incident:  I and my neighbors had an issue with some kids in the neighborhood.  As I was traveling down Highway 5 one night toward Aberdeen, I noticed a Pinehurst patrol car setting up shop in the parking lot of America’s Carpet.  Hmmm, I thought.  I’ll just pull over and talk to this officer about the issue in our neighborhood.

I pulled my car up to the driver side window of the car. I could see the officer — a heavy set, short-haired white woman  — slumped over in the patrol car driver seat.   Fearing she was dying or dead, I knocked on the window.  The officer jumped and looked at me.  It appeared she had been asleep.

She claimed she was not sleeping, but was running surveillance on the ABC store across the street.  The officer claimed the store — which had moved to that location on NC 5 from downtown Pinehurst — had been experiencing more than its fair share of nocturnal trouble since it had moved to Highway 5.

So the village is dedicating a patrol car to run security on the ABC store at night?  Is the village being compensated by the state for this service?  Is this arrangement taking away from the level of protection village taxpayers expect for their money?

My argument is not with the front line officers.  Any organization’s character is a reflection of its leadership.  I believe there is a lack of — or weakness in — leadership of the department (civilian and uniformed) that is negatively affecting its public image. There is a perception that the department has an adversarial attitude about civilian residents.

The current chief is retiring, and  search is on for a replacement. Hopefully politics as usual — and the good ol’ boy network — will be foresaken this time.

Hopefully, careful consideration will be devoted to finding a solid, professional leader for the department who possesses good public relation skills and can set a tone that elevates the department’s overall public image.