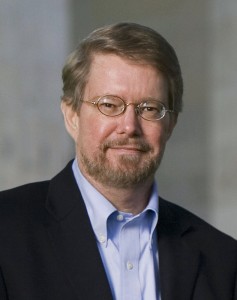 Rob “Mr. Politics” Christensen — who has spent THREE decades at The N&O missing stuff like John Edwards’s blonde with the camera, Mike Easley’s corruption, and Dennis Wicker stiffing a pizza guy — thinks he has the state Senate’s president pro tem ALL FIGURED OUT.  In today’s edition of his employer’s failing newspaper, Rob takes it upon himself to lecture the upper chamber’s leader:

Senate leader Phil Berger and I have gotten above our upbringin’.

Both of us are sons of the great American working class – the people who built this country and fought its wars, but who have seen hard times in recent years as plants were shuttered.

Our fathers worked for the same saw manufacturer and came home with the same steel splinters in their hands. My father was a saw smith who never wore a tie to work until he “retired” and went to work as a bank security guard.

Berger wrote movingly of his father and his growing-up experiences in a column published earlier this year.

Both Berger and I also had to paddle our own canoes. He lists stacking particleboards on assembly lines among his many jobs. I worked in a textile mill, many other manufacturing plants, flipped burgers and so forth.

Needless to say, I admire Berger for what he has accomplished in his life: He has become an attorney and a respected leader in North Carolina. I like the way he carries himself. In my experience, he is a straight-shooter, smart, accessible and a first-class gentleman. And I don’t say that about every politician.

People often draw different lessons when they rise through the American class system. For some, their success is proof that through hard work and discipline anybody can better themselves, and they want to pull the ladder up behind them. Others see all the help they got along the way – the public schools, the public universities, the student loans – and want to make sure that other people have the same opportunities. I can’t speak for Berger, but I fall into the latter category.

Ludicrous.  Just ludicrous.  People who become successes in business are quite often doing it in spite of the public school system.  There are an awful lot of people who take out student loans, and then flunk out of school or fail professionally.  And those African-American Liberation Studies and Women’s Studies programs at our state universities are popping out budding entrepreneurs and potential zillionaries left and right.
Why is McClatchy Rob so interested in Senator Berger?  Read on:

Berger, as much as anyone, is the intellectual and political leader of the conservative revolution in the Legislature.

I know he is worried about the people we grew up with. He writes about his own struggles to obtain the American dream and notes North Carolina’s high unemployment rate.

“Sadly,” Berger writes, “today that opportunity is slipping for many. Hopes and dreams for a better tomorrow are fading.”

Berger is dead on.

And a big reason why this is happening? Berger continues: “Our broken tax system.”

Here is where the two of us part.

I would bet if you got 10 reputable economists in a room and asked what the biggest reason for North Carolina’s persistent unemployment problem is, none of them would say, “Our broken tax system,” – unless they were in the tank with some conservative group.

I’ve been in the business world AND academia.  A lot of the stuff I hear being spouted by my colleagues — and see in print in textbooks — has no basis in reality, when it comes to business and economics.  I bet it would be hard to find an economist on the payroll of a state university to agree with the concept of cutting taxes and state spending.  More:

His solution? Trickle-down economics. Yes, the same warmed-over philosophy that the elder George Bush once called “voodoo economics” and Sen. Bob Dole called “a riverboat gamble.” But since then, it has become the holy grail of the Republican Party. This philosophy is now so politically correct that no one in the GOP would dare to utter the slightest question about it for fearing being labeled “a squish.” It seems that one might more easily defend Islamic law than question Reaganomics.

Awfully nice how Rob adopts the slur Ted Kennedy attached to Reagan’s economic philosophy. Most people — without a leftist bias — would refer to this philosophy as free market or supply-side economics.

A form of trickle-down economics is what passed in the Legislature last week: Cuts in corporate taxes from 6.9 percent to 5 percent, cuts in personal income tax rate ranging from 6 percent to 7.75 percent, to a flat 5.75 percent. And the elimination of the estate tax prevailed; it now only applies to estates valued at $3.5 million or more.

The late John Medlin, the wise former CEO of Wachovia who I admired, used to call occasionally and urge me to write about how the top income rates should come down. He said we were losing too many rich people to Florida and elsewhere; I was not convinced.

Rob’s awfully good at not seeing what’s happening (i.e., Rielle, Mike Easley, Mary Easley, Dennis & the pizza guy).  THE FACTS make it clear that Rob is overlooking the massive tax out-migration from this state.  (Perhaps he needs to get the prescription checked on those Coke bottles he wears.)

We’re suffering from massive unemployment.  Yet, the welfare state (and its cheerleaders like Rob) want to fiscally rape the folks in our state who have all the money. THOSE are the people who create jobs (not politicians).  When these rich people invest their money — wealth and opportunity spreads throughout multiple layers and levels of the community.  When you try to gouge them at tax time, they just flee to Florida and SIT on their money.

There is so much evidence out there to prove that government tamps down economic growth and prosperity.  The free market has been proven time and again as the best vehicle for growing economies and raising personal incomes.  Poland — which spent decades under the iron fist of communism — has embraced the free market and become one of the real economic success stories in Europe.  China is loosening government controls and embracing more and more of the tenets of capitalism.  Yet, Barry Obama — and useful idiots like McClatchy Rob — want to send us in the opposite direction.