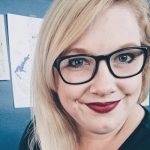 Followers of all things NCGA know McClatchy’s Insider publication well.  It focuses quite a bit on the goings-on around Jones Street.  Pat Gannon did a great job over there covering the, um. “honorables.” Now that he’s moved over to the state board of elections, there are some big shoes to fill.  Well, it appears McClatchy has taken a good hard left turn to find someone to fill them: 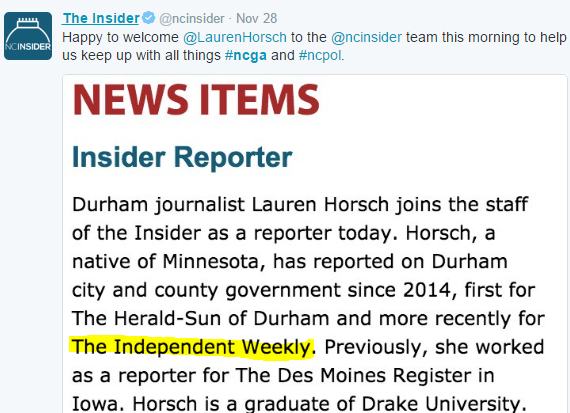 That’s right.  The new beat reporter for the General Assembly at The Insider and The N&O has come over from the proudly “progressive” Independent Weekly.  Not familiar with those folks?  Well, here’s a sampling of their work: 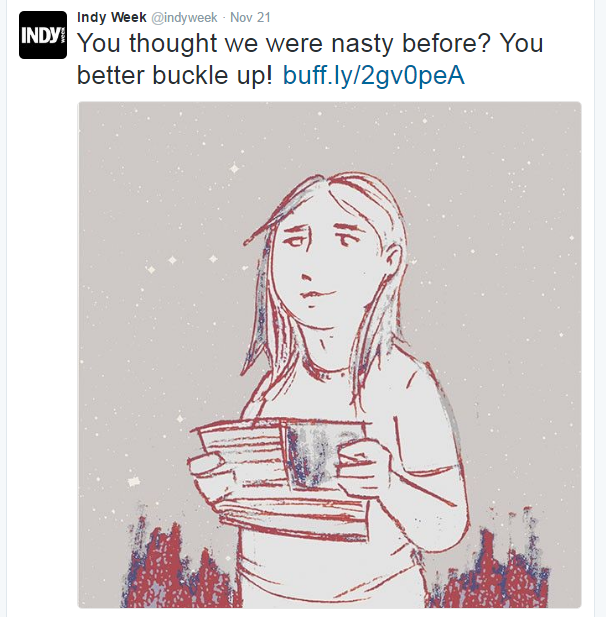 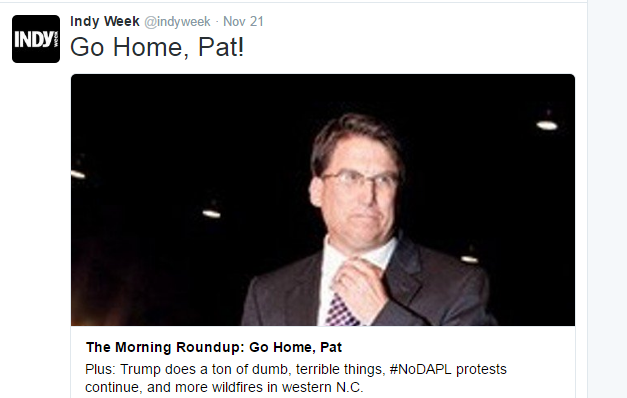 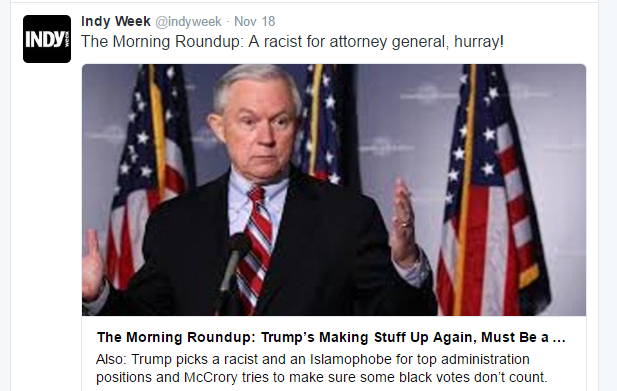 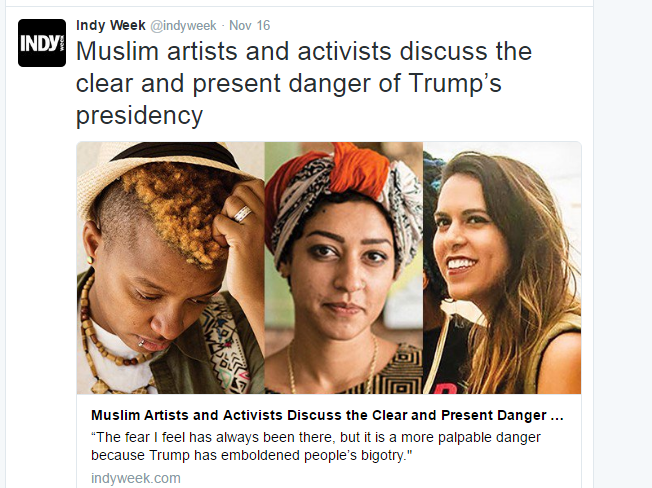 Um, yeah.  Conservative are going to get a *real* fair shake from Ms. Horsch.  I can remember my days with the drive-by media where I was frequently told that my ties to Jesse Helms and other conservative entities would make me persona non grata in “mainstream” professional media. (Even so, I still got bylines and airtime with ABC News, People magazine, Westwood One radio, NBC Mutual Radio, and US News & World Report, among others.)  Apparently, these days, hanging out on the fringes of the radical left is NO SWEAT.

So, listen up conservatives.  When you see Ms. Horsch coming with a pad and recorder in hand seeking comment, remember that you’ve got someone just as bad as Binky and Colon Campbell.  Though, obviously female and likely much smarter and more ruthless.

5 thoughts on “McClatchy goes dumpster-diving over at IndyWeek”