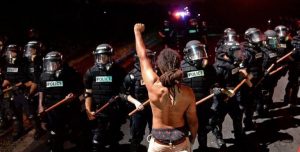 I was an undergrad in DC when then-mayor Marion Barry got caught smoking crack in a hotel room with a woman who was not his wife.  The whole thing was on videotape.

I thought for sure the guy was DONE politically.  I mean, who could shrug off something like that?  (Barry went to jail.  But he also got elected and reelected mayor and councilman several more times down the road.)

Well, it appears an awful lot of Charlotte voters AND many of our state’s drive by media types are shrugging off something worse in Charlotte: 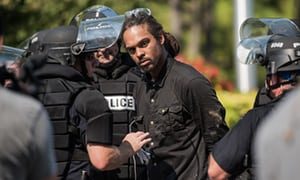 One middle-aged African-American woman spotted him in the hallway Thursday afternoon. “Hi, Braxton,” she said, as they made eye contact. She smiled at him and quoted Sam Cooke’s 1964 song, written after he and his bandmates were turned away from a whites-only motel in Louisiana.

“It’s been a long time coming,” she said, softly humming and singing a line from the song as she passed Winston. “A change is gonna come.[…]

Wow.  Sounds like quite a hero.  What did he do to earn such adulation?:

[…] You might remember Winston from his spontaneous entry into activism last year. An iconic photo shows him standing in between a police line and protesters, shirtless, with his fist raised in the air. 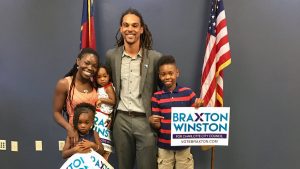 Soon, he’ll be colleagues with some of the people he confronted during those Charlotte protests. He and hundreds of others demanded the police chief and other city officials resign in the wake of Keith Lamont Scott’s death.

Police arrested Winston during a protest that weekend, although the charges were later dropped. He also joined a lawsuit against the city, which has been dropped, alleging police violated the rights of protesters.

Oh, yeah.  That shooting involving a black officer in a department led by a black police chief.  A department overseen by a liberal-dominated city government.  And said officer got cleared, despite all of that. 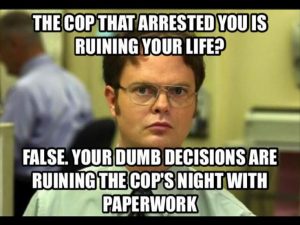 […] While there were no formal protest leaders, Winston emerged as a prominent figure and his participation gave rise to his first-ever political campaign.

With Winston’s election night win Tuesday – where he got the second-highest number of votes for an at-large City Council seat – the voices of protest are poised to continue commanding attention inside the Government Center.[…]

Wow. When the Charlotte city manager said, a few years back, that Charlotte was a city ‘In decline’ he wasn’t kidding.    MORE:

[…] His move into politics has attracted an atypical national audience for a local City Council member. Two days after the election, Chelsea Clinton – the former first daughter – used Twitter to send President Donald Trump a message, saying: “Mr. President, @BraxtonWinston is a superb example of an actual ‘very fine’ person.” 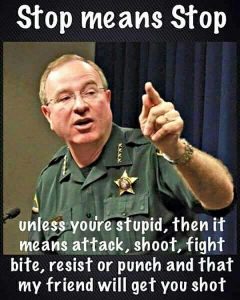 Then, hip hop artist and activist Common – who has more than 4 million followers on Twitter – called Winston an inspiration. He tweeted the famous photo of Winston and congratulated him on the election: “We can be the change we want to see in our society!”

Winston has the challenge of straddling both sides of a massive debate still roaring a year after Scott was shot and killed by a Charlotte-Mecklenburg Police officer. Some leaders of Charlotte Uprising, which emerged after the Scott shooting, and city officials have different versions of what happened to Scott and a protester, Justin Carr, who was killed outside the Omni Hotel. Prosecutors have charged Rayquan Borum and said he admitted to the killing. A trial for Borum, who has pleaded not guilty, has not been scheduled. Others, though, say Borum was framed and that police were too quick with riot gear and tear gas the night Carr was shot.

Funny.  You don’t ever hear about riot police and tear gas being deployed in

Not a word in this story about trucks being hijacked and looted on Charlotte freeways during “The Uprising.”  Not a word about the family terrorized by a concrete chunk thrown through their windshield from a highway overpass.  Not a word about white pedestrians being chased down and assaulted by groups of black men for the “crime” of walking while white.

There’s nothing to celebrate here.  If you’ve got any sense, you’ll get the hell out of Charlotte while the getting is still good.