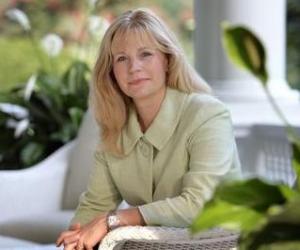 The GOP establishment is having a conniption over the audacity of Liz Cheney — daughter of the former VPOTUS — daring to challenge the renomination of a sitting GOP senator.  (Never mind that Senator is trying to institute sales taxes on Internet purchases, and prides himself on “crossing the aisle.”)   Good for Ms. Cheney.

The incumbent, Mike Enzi, is already being endorsed by Wyoming’s other Republican US Senator, as well as the state’s only Member of Congress (a Republican).  Whatever happened to staying out of races where you don’t have a dog in the fight?  Stuff like this usually earns you some payback when your time in front of the voters rolls around.

Circling the wagons against those grassroots interlopers is not the best way to win friends these days. You may see those troublemakers again in your next race.

Rolling over like submissive dogs, and accepting a whole lot of “crossing the aisle” is not going to make things better in this country.  If you’re trying to create a lasting GOP majority, you need to explain to the people that you are all about cutting taxes, cutting spending, and getting the government out of their lives.  After talking that talk, walk the walk.

Primaries ARE GOOD for the GOP.  Issues get discussed and debated.  Instead of moaning about some Tea Party troublemaker making you spend money — why not just govern like you promised the voters you would the last time around?  Why not just honor and abide by the party platform?

As far as we’re concerned here, no one in the North Carolina congressional delegation (short of Walter Jones, perhaps) deserves renomination and reelection. They all need to be primaried and pinned down on issue positions — with the the explicit promise that they will get this treatment again next time around if they get reelected and relapse.  Get yourself educated on the issues.  Don’t fall for the slick TV and radio ads.  Don’t fall for the sycophantic dictation of the drive-by media.  Educate yourselves.  Get in these candidates’ faces.  Make them understand that they work for US — and will be FIRED if they forget it.

2 thoughts on “Liz Cheney in Wyoming: A textbook case on Shaking Up The Ruling Class”