Tenure is a horrible thing.  It makes it harder to fire people being subsidized by our confiscated tax dollars.  It paves the way for whole new generations of commies to continue controlling our college campuses and black-balling conservatives —  all in the name of tolerance, free speech, and openness.  The lefties fought the UNC Speaker Ban — blocking commies from UNC campuses — in the 1960s.  Things were going to be different, we were told, as the ban fell.  (*Tell that to the family of Mike Adams.*)

In 2010, we were promised that things were going to be different politically in North Carolina.  No longer were lefty mobs going to get all their demands met.  No longer would we have the big government agenda shoved down our throats.  (*Yeah. Right.*)

As conservative speakers are bullied and run off UNC campuses,  GOP appointees on the various governing boards sit silently.  As the small contingent of center-right faculty get shouted down and harassed by their fellow state employees,  the GOP appointees on the UNC boards sit silently.  GOP control in Raleigh gave us a valuable opportunity to clean up the socialist cesspool  on our state college campuses and actually teach things that can help students go on to successful careers. 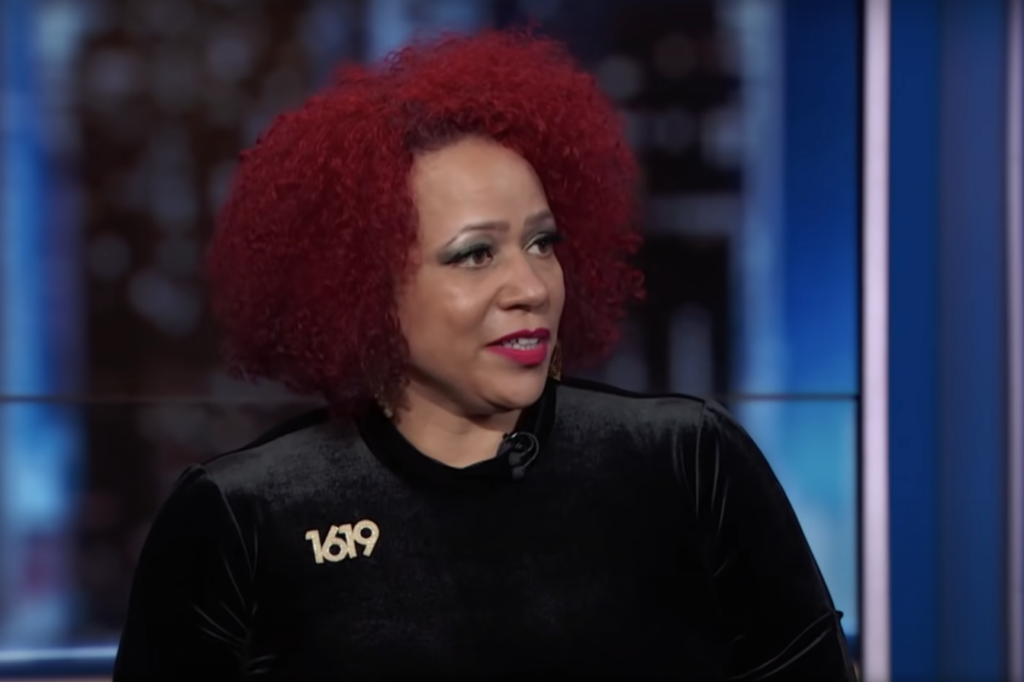 Let’s look at the recent hubbub over hiring Nikole Hannah-Jones to the UNC School of Journalism.  George Stephanopolous is actually considered a journalist these days.  So, you can see how far the “profession” continues to fall.  You understand why TV news ratings are suffering and newspapers are bleeding cash.

Miz Jones is the acclaimed author of something called The 1619 Project —  which basically says America is terrible and it’s all white people’s fault.  (No wonder she’s so beloved in Chapel Hill-Carrboro.).   Critics — including The New York Times, which originally published her work — have been picking her end product apart.  One of her most outrageous aggregious claims is that The American Revolution was fought to preserve slavery.

Hmm.  The Revolution was fought from 1776 to 1781.   Slavery was not abolished in British colonies and territories until 1833.  So,  if the war had never happened (or if the British had won), slavery would have still been around.  At least until 1833.

So,  the leftist noise machine –composed mainly of the Chapel Hill campus crazies and the dwindling Raleigh drive-bys —  cranked up to demand that Jones be hired WITH tenure at UNC-Chapel Hill.  (It’s my understanding that tenure is typically something EARNED through years of service in academia.)

There was a small amount of opposition vocalized by some members of the UNC governing boards.  But a whole lot of RINO appointees — queasy about having the word “racist” screamed at them — joined with a Democrat minority to give EVERYTHING she wanted. 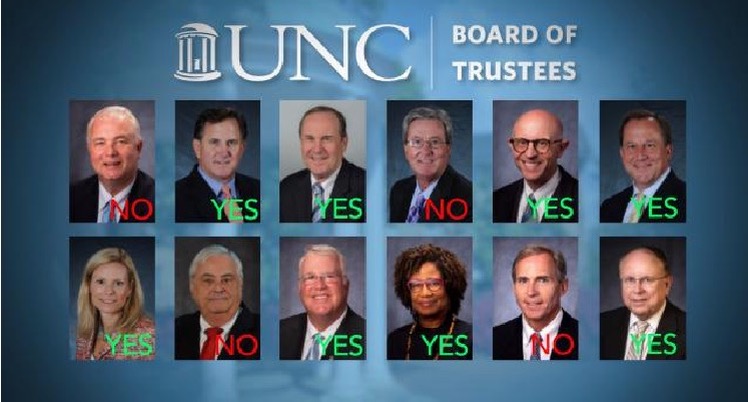 Jones’s 1619 Project is not going to stop with a NY Times article and a book deal.  K-12 lesson plans are being developed.  The kiddies are going to be treated to this leftist crap.

Someone.  Anyone. Please explain how continuing to elect Republicans who cave at the very hint of leftist rioting and howling is good for us.