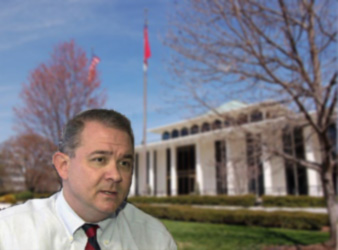 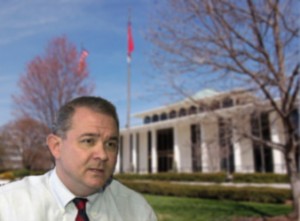 The Raleigh-based leftist group NC Policywatch is staying on top of the ordeal swirling around state Rep. Stephen Laroque (R-Kinston and a close political ally of SpeakerrrrrRichardMorgan™), which is looking — and smelling — fishier by the day:

State Rep. Stephen LaRoque’s federally-funded non-profit will pay thousands in contempt of court fines as part of the state lawmaker’s agreement to dismiss a defamation lawsuit against a political opponent.

LaRoque, a Kinston Republican, dismissed a defamation lawsuit Tuesday that he filed a year ago against the state Democratic Party and Van Braxton, the Democratic opponent that LaRoque unseated in the November 2010 elections.

The East Carolina Development Company, the small economic development non-profit founded by LaRoque in 1997, will pay $17,250 to Braxton’s lawyers for failing to turn over key documents in court proceedings, according to court documents.

The lawsuit had been ongoing for a year, and Braxton’s lawyers fought it, contending that statements in a campaign mailer about LaRoque stealing were true.

The dismissal and contempt fine are the most recent blows for LaRoque, a polarizing lawmaker that’s come under scrutiny for the generous annual pay, as high as $195,000, he’s gotten from the non-profit and loans he approved to close associates. The East Carolina Development Company and Piedmont Development Company, both based out of Kinston, have taken in $8 million from the U.S. Department of Agriculture as part of the agency’s Intermediary Relending Program that combats poverty to making business loans available to struggling entrepreneurs in rural areas.

Braxton said he was glad to see the lawsuit dismissed, but that federal authorities should be brought in to determine if any laws were broken by LaRoque’s management.

“Just because the lawsuit is over, we’re not stopping what we’re doing,” Braxton said. “We’re hoping to have him held accountable for his actions.”

Braxton added that he doesn’t plan to run for office again.

LaRoque was the subject of an August investigation by N.C. Policy Watch, “Public money, personal gains” that found the two small economic development non-profits paid him salaries that early board members were unaware of; he later stacked his board of directors with immediate family members; and gave loans to close associates of LaRoque – including his wife (his girlfriend at the time); two fellow GOP legislators and his lawyer.

LaRoque also failed to report the loan on the non-profit’s most recent tax return, despite questions that specifically asked about personal benefits from the charity’s coffers.

A spokeswoman for the U.S. Attorney’s Office for the Eastern District of North Carolina declined to comment when asked if the federal prosecutors would be taking a closer look at LaRoque.

“I can’t confirm or deny any investigation that we may or may not have,” said Robin Zier, a spokeswoman for the federal prosecutor’s office.

The two legislators who got money from Laroque’s group are Senator Debbie Clary and Rep. Mark Hilton, who — like Laroque — are close political allies of Moore County’s very own SpeakerrrrrRichardMorgan™.   The Haymaker has obtained a disc full of emails surrendered by Morgan as discovery during his 2006  legal action against Art Pope’s Republicans for a Legislative Majority.   That disc includes several conversations between Clary and Laroque and Morgan, indicating that the three regularly conferred on matters of professional and personal strategy.  As this story continues to unfold, it will be interesting to see if  SpeakerrrrrRichardMorgan™‘s  “fingerprints” can be found anywhere around it.

Also — this is still hurting the NCGOP as a whole. EVEN if absolutely nothing illegal has transpired here, the NCGOP’s attempt to paint itself as  champion of limited government and an opponent of cronyism and corruption is tainted.  (Are we supposed to believe that two sitting legislators had difficulty getting loans from  a commercial bank?)

How credible are you as a conservative if you are making big money off of a government-funded enterprise?

One thought on “Laroque defamation suit gone, his firm ponies up $17K in fines”