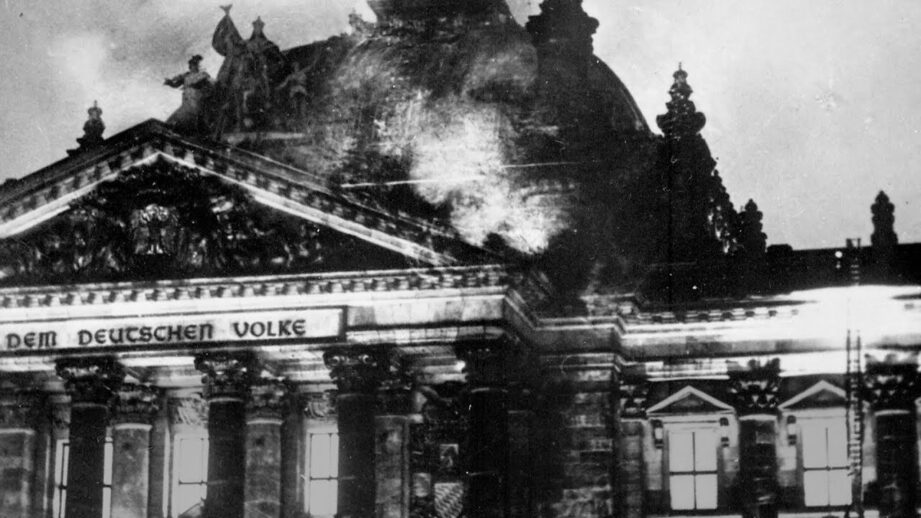 One of the real brains behind the modern American conservative movement is seeing some ties between the January 6 fiasco at The US Capitol and an event that led to the rise of one of the worst evils ever to stalk the planet Earth:

On the heels of the breach of the U.S. Capitol, Big Tech companies have swiftly censored the President, the emerging social media platform Parler was effectively shut down, and there are growing calls for no-fly lists.

Does the assault on the Capitol warrant such a response?

“We’re living in a gigantic lie that is reminiscent of the Reichstag fire,” argues talk show host Dennis Prager, founder of Prager University.

This is American Thought Leaders, and I’m Jan Jekielek.

Jan Jekielek: Dennis Prager, so good to have you back on American Thought Leaders.

Mr. Jekielek: Dennis, these are incredibly, incredibly difficult times. You’re a voice of reason for many Americans and frankly, at least one Canadian [myself]. I was in the House buildings, in the Cannon Rotunda when everything happened at the Capitol on January 6. I didn’t really understand what was happening at the time. I want to start off by just saying, Dennis, what do you make of this whole situation?

Mr. Prager: There are a lot of components: What was done, how it was reacted to, and how it is being used. I’ll do the third one first. As I wrote in my column this week, this is the Reichstag fire relived, 1933, a month after the Nazis took over—after an election, as it happens.

In Germany, the German parliament was burned down. We’re not absolutely certain who did it, but it seems that a communist did it. Anyway, it didn’t matter to the Nazis who did it, what mattered was what they could use it for, and they used it for the Enabling Act, which they quickly ran through Parliament, and it enabled the Nazis to curtail civil liberties in the name of a national emergency caused by the burning of the parliament of the Reichstag.

Now obviously, we don’t have concentration camps, though I’m not sure they had concentration camps then either because it was probably one month into the Nazi regime. People aren’t being beaten in the streets yet, but the parallels are frighteningly accurate. The curtailing of free speech was the first thing done. Communists and anti-Nazis, whether communist or not, could not express themselves after the fire. The fire was used to say: Look at what’s happening. We have to curtail free speech.

But the Left—anywhere it has gained power, from Vladimir Lenin, 1917, Russia, to today, there has been no exception wherever the Left gains power, including our universities. It’s a perfect example: the curtailing of free speech at our universities. Everywhere, there isn’t an exception. The Left curtails, suppresses free speech, and there’s a reason for that, because they cannot withstand intellectual argument. [Leftist ideology is] an intellectual balloon. It’s just air or helium inside.

If you puncture it with an idea—that’s why they hate PragerU because in five minutes, we really do undo a lot of what kids are brainwashed to believe, because we make sense. We’re called conservative, but we’re actually just intellectually honest, which the Left loathes.

The big social media companies have banned the sitting president of the United States from posting on their sites.  Meanwhile,  Twitter allows loser / celebrity Kathy Griffin to post — for the second time — a picture of her holding a replica of President Trump’s bloody severed head.

Twitter also allowed Hollywood loser Alec Baldwin to post a parody of Martin Luther King’s ‘I have a dream’ speech (imagine if WE did that):

Two Hollywood dirt-bags are allowed to freely post their violent fantasies about Donald Trump on Twitter.  Yet,  President Trump gets banned for ‘inciting violence.’

Kamala Harris — preparing to be your Vice-President — was openly praising the rioting and looting and burning that occurred nationwide last summer over alleged police brutality.

Despite all of these allegations that violence was being ‘incited’ at The Capitol,  federal prosecutors have admitted they have found NO EVIDENCE there was any plan by the building breachers to “capture or kill” anyone on January 6.

Also, there is apparently video and print evidence that a CNN correspondent was embedded with The Capitol breachers  and was partnered with a BLM / Antifa activist. 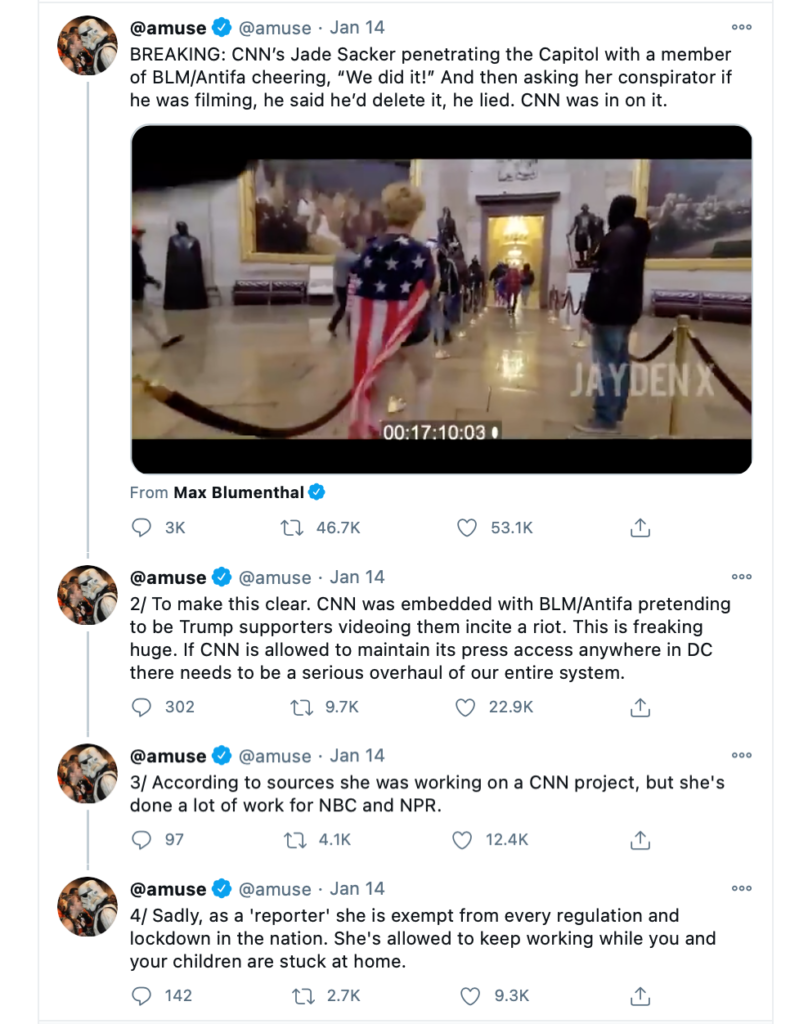