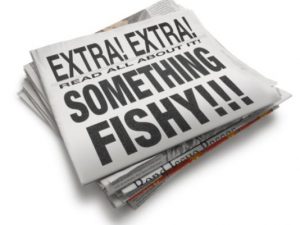 In a strongly worded resolution  — pages are here and here — passed unanimously at the county’s GOP convention today, Dare Republicans are demanding that Hayes either (1) appear before their executive committee to answer questions about his lobbying role with the environmental group, or (2) drop his reelection bid for state party chairman.    Here are some, um, “highlights”:

With passage of the following notice, the Dare County Republican Party does give notice to Chairman Robin Hayes to present himself before this Executive Committee to answer questions and provide relevant information regarding his personal involvement and influence in the 2016 appointment process of members of the North Carolina Marine Fisheries Commission regulatory agency. Additionally,  we seek answers and information of the Chairman’s involvement pertinent to the petition from the North Carolina Wildlife Federation, of which Hayes[…] is a senior advisor, to ignore science and destroy our state’s shrimping industry. […]

More specifically, we address the simultaneous (same day) attacks against normal processes via the petition and Hayes’s involvement in perverting the established appointment process. […]

[…] Through information and belief, the committee has been informed via well-placed sources within the state’s administrative and NCGOP apparatuses that indicates strong personal involvement by Robin Hayes to circumvent and contradict the normal appointment process. As a result of the chairman’s activities, Governor McCrory chose to ignore RECOMMENDED appointments for the Marine Fisheries Commission and instead stacked the regulatory body with a single special interest group coincidentally and suspiciously linked to Chairman Hayes – the Coastal Conservation Association.[…] 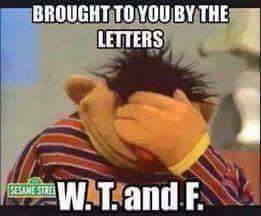 THIS is one of the controversies — along with the I-77 uproar near Charlotte — that many observers believe were key to McCrory’s close loss in November to Roy Cooper.

So, we have a party chairman actively lobbying for a group diametrically opposed to a key NCGOP constituency and hell-bent on damaging a key component of the coastal North Carolina economy?  That doesn’t exactly sound tailor-made for a happy ending.

Couple this with the fact that the Democrats just elected an ethically-challenged influence peddler to their state party chairmanship.  Keeping Dallas’s grandpa around sure doesn’t give the NCGOP much of a leg to stand on in proclaiming superiority to the other party.

So, Robin has his choice.  Show up and tell the truth.  Or quit.