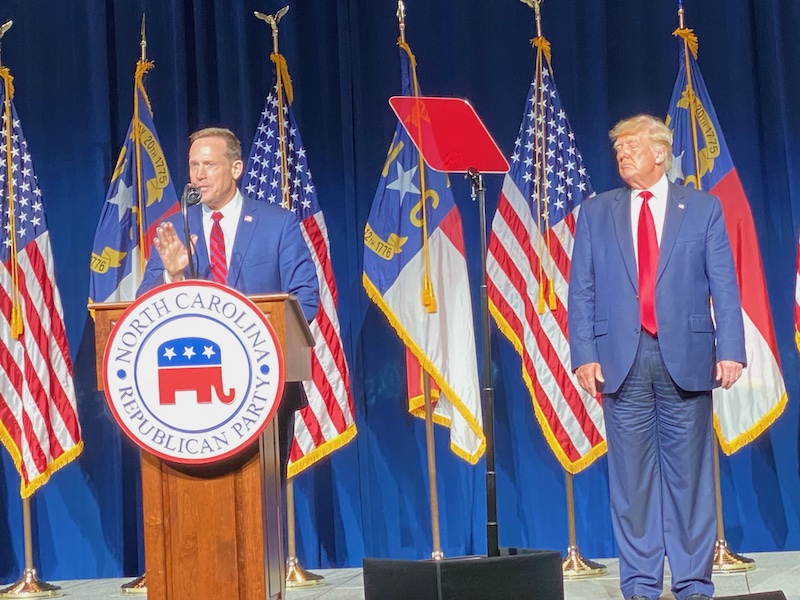 President Donald Trump told a gathering of state Republican leaders in Greenville Saturday night that congressman Ted Budd needs to be North Carolina’s next US senator.

The retirement of incumbent Richard Burr means there will be an open-seat election in 2022.

Budd consistently scores as one of North Carolina’s most conservative representatives in Congress.  He has been a solid supporter of Trump as well as The House Freedom Caucus, led by congressman Jim Jordan and former congressman Mark Meadows.

6 thoughts on “I guess this means Lara Trump isn’t jumping into the race.”