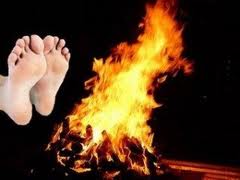 I’ve encouraged the concept of holding the feet of our new — and returning — elected leaders to the fire.  No, we’re not talking about physical torture.

A friend of this site posed a question on social media this weekend:  What does it mean to hold politicians’ feet to the fire?   I think he DOES know, but was looking to see what folks truly thought about it.

It was actually quite disturbing to see so many folks saying ”Get them two or four or six years down the road in the primary.”   If you sit around and wait that long, the politicians can do quite a bit of damage.

1) Stay informed.  You can’t do that by rotting your brain with drive-by media offerings.  The drive-by media is failing as an industry.  Its newsroom manpower is highly depleted.  Reporters are overworked and underpaid. Their stories are typically straight from the police scanner or a release some helpful activist gave them.

THIS site drops a heck of a lot of knowledge on you.  Check out the sites in our blogroll on the left side of the page. Share this stuff with family and friends. 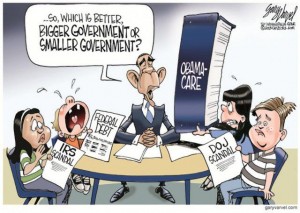 Information IS power. Treat people like mushrooms, and they are so much easier to control / bamboozle. Load up on knowledge and you will find yourself incredibly well-armed for this fight.

Attend your city council and county board meetings. I know. We’re all busy.  But there are a lot of resources online that offer unedited video of these meetings.  Get on the mailing list for the agendas and meeting notices.  I’ve watched a lot of video of these local government meetings.  You’d be amazed at some of the inane, borderline criminal things these guys and gals will say and do in near-empty board meeting rooms.

2) Question authority. In 2009 and 2010, it was great to see all of these energized voters showing up at town hall meetings to demand answers from their elected officials. You are quite gullible if you fall for the campaign rhetoric about ”looking out for YOU in (Washington / Raleigh / seat of government)”

I’ve seen way too many people sit politely in front of politicians at public gatherings as said pols spout the usual pack of lies, half-truths, and exaggerations.  Stop treating these people like they are your boss.  You are THEIR BOSS.  Go back to my first recommendation, stand up in front

of them, and say: “With all due respect, you’re saying THIS now.  But last year, you told the New York Times THIS. Which one is true?”.

3) Treat pols like your teenagers.  Politicians — like teenagers — WILL lie to you.  If a pol tells you the sky is blue, step outside and LOOK UP. Electing someone, and then going back to business as usual, is a lot like leaving town while leaving your teens at home ALONE with the car keys, credit card, and keys to the liquor cabinet.  Taking your eyes off your politicians is a recipe for trouble.

Like teenagers, an awful lot of politicians have an overwhelming appreciation for the finer material things in life.  Plenty of kids HAVE to get THAT car, THAT bike, THOSE clothes, or THAT electronic device.  They pretty well live off of other people’s money (YOURS) and don’t have much concept about living within a budget or only spending WHAT you have.  We strive to teach our kids those lessons.  Why not do the same for the political class?

4) Stop viewing the parties as teams fighting for you.  It’s not Rs vs. Ds.  It’s US vs. THEM. I’ve been watching this political game for 26 years. It has been a RARE occurrence to encounter a politician who doesn’t lie to you or try to use you to their advantage. We’ve taken some heat for criticizing Republicans.  The GOP owns Raleigh. (They now OWN Capitol Hill.)  They have the reins of power.  Therefore, our eyes are ON THEM.   If you campaign as a conservative, small government type who wants to clean up Raleigh or DC — you better back up your talk with action.  The Haymaker is watching.

4 thoughts on “Holding feet to the fire”