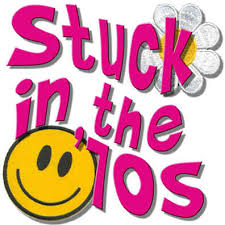 I don’t know about you, but the 1970s is a decade I’d like to forget. For those of you too young to remember, Google these terms:  gas lines, Iran hostage crisis, Watergate, inflation, price controls, DISCO.

Our national standing was at a low point.  Iranian radicals had overrun our embassy, and were holding our people hostage.  Gasoline for private automobiles was being rationed.  (If you were low on gas, and it wasn’t your day to fill up, you were SOL.)

Republican Richard Nixon — apart from the whole Watergate fiasco, grew the size of the federal government and instituted wage and price controls. Democrats built up staggering majorities in the Congress, and we got Jimmy Carter — the worst president ever until BarryO strutted onto the scene.

We all know things are rough economically.  But I came across some data suggesting that our national economic performance has regressed back to where it was during the Carter presidency.  Our current employment-to-population ratio is right where it was in March 1978.  The current unemployment rate is not far off of that 1978 mark.

Our current participation rate — the measure of the active portion of our economy’s labor force — is at 63 percent.  Right where it was in April 1978.

The average duration of unemployment currently is about TWICE what it was in 1978.

We’ve got other similarities to the 1970s.  Gas prices are so high we’re having to self-ration to keep from going broke.

Our diplomatic compound in Benghazi got overrun by Muslim radicals.  Instead of our people  being taken hostage, they got murdered.  Russia is back flexing its muscles — often in opposition to our interests — on the world stage.  We’re in the midst of an international conflict, with a lot of military members in harm’s way.  Just as in the 70s with Vietnam and Cambodia, Washington politicos are working overtime to tie our heroes’ hands and pull the rug out from underneath them.

All of you people who voted for BarryO in 2008 and 2012 were lusting for Hope and Change.  You got your change all right.  We’ve gone full circle back to one of the most unpleasant decades in our nation’s history.