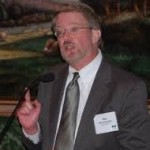 This past weekend,  The Minister of Propaganda informed us that THE LADIES will make or break the US Senate race in North Carolina.  Since he offers little to no hard evidence to back up that claim, one begins to wonder where he gets that idea.

It’s all based on that ignorance peddled by the left suggesting that all issues can somehow be pigeon-holed according to demographics.  Women’s issues. Black issues.  Latino issues.  Gay issues.

What are “women’s issues” and the correct “women’s” position on said issues?   I would be willing to bet that you’d have very little agreement on the issues in a debate between, say,  Lady Liberty and,say, Sue Sturgess.

I would expect that it’s maddening to quite a few black folks to hear the leftists suggest that voter ID requirements are racist because black folks allegedly find it more, um, challenging than the rest of us to obtain a photo ID.

In May 2012, North Carolina lefties found out the hard way that blacks tend to part ways with them on the issue of gay marriage.

Hispanics of Cuban origin tend to look at things a lot differently than those, of say, Mexican origin.

Leftists LOVE to carve people up into various interest groups.  In 1980 and 1984, Ronald Reagan succeeded in bringing the religious right, libertarians, and union workers — three groups, for instance, that don’t agree on much — together on a freedom-oriented message.  Reagan earned two huge landslides.

The late Senator Jesse Helms brought over A LOT of people who never imagined voting Republican even once in their lives.

I think you’ll find that most people — regardless of their gender or skin color — are frustrated by a government that takes too much of their hard-earned money, meddles in their everyday lives, and smothers them in regulations.

Rob & the gang drag out this old saw every year: look out for women voters.  Every so often, they’ll stumble across a race lost by a Republican where the Democrat got significantly more female votes and they can start squawking about a Republican war on women.

News Flash:  Every voter is important.

Stop listening to the talking heads (like Minister Rob)  and the know-it-all consultants who get paid whether their guy or gal wins or loses.  FREEDOM is a winning issue for EVERYONE.  An awful lot of people came to this country seeking freedom, and they’re horrified at the sight of it being eroded on a daily basis.

2 thoughts on “Hello? Mr. Voller? It’s Rob. What am I writing about THIS WEEK?”