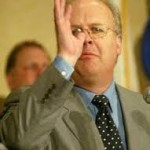 uric odor you smell may not be just a coincidence.  Amid the turmoil currently embroiling the North Carolina Republican Party, sources tell me there are signs Karl Rove may have slithered up from purgatory to work his black magic this election year.

[…] I believe the National Convention outcome is behind the hoopla to remove Hasan. At the moment, Hasan gets to pick a slate of 30 Delegates and 30 Alternates. Presuming that we have a brokered convention in Cleveland, for whom those

delegates vote could make a huge difference in the outcome. I suspect Hasan would pick people who support Cruz or Trump (I don’t know which), and the RNC has a huge problem with both of those people. Therefore, I believe it is the RNC and their state power brokers who originally backed Craig Collins for Chairman of the NC GOP who are behind all of this unrest.

A lot is at stake with the election of delegates to the National Convention. There is much behind the scenes jockeying to have delegates at the Convention who will support certain candidates, ESPECIALLY IF IT IS A “BROKERED” OR “CONTESTED ” ONE. The power players have their claws out. […]

The mutineers are trying to get Hasan out of office prior to the state convention.  THAT is where business for the state’s delegation to the national convention will be finalized.  Karl Rove has been publicly musing about how a ‘fresh face’ not named Trump or Cruz might be best for the GOP in this year’s presidential election.

If the GOPe can get a chairman into place in North Carolina who is more to their liking, they can ensure quite a few malleable delegates can be inserted into the state’s delegation to cooperate with the GOPe plans to hijack the national convention.

Remember — one of the key mutineers in Raleigh, Dallas Woodhouse, ran a pass-through operation called Carolina Rising for Rove in the 2014 election.  Dallas helped Rove move his money around to influence races here in North Carolina.  He was a good soldier then.  Is he being one NOW? 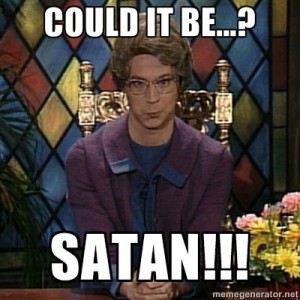 It’s amazing the lengths people will go to for power.  And The White House is an incredible piece of power.  Is the NCGOP soap opera part of a plan to facilitate a few GOPe types picking our presidential nominee?  Let’s pray that it’s not.  Let’s remain vigilant to ensure a diabolical villain with a whiteboard isn’t negating our votes in the selection of our nation’s new leader.

11 thoughts on “Hasan-gate really nothing more than Karl Rove shenanigans?”