The state of North Carolina has been shoving tolls down the throats of the residents of northern Mecklenburg County for three years. The bureaucrats and politicians have beaten back any and every grassroots attempt to thwart the Mecklenburg tolls. But get a load of the position many on Jones Street are taking on another tolling situation:

[…] Since 2011, the Republican-led legislature has gone back and forth over tolling on the state’s seven ferry routes, three of which currently require fees. Generally the Senate favored expanded tolling while the House opposed it. In the most recent arrangement, the legislature directed the Board of Transportation to create new tolls should a regional transportation planning organization covering the ferry route approved a resolution doing so.

This avenue would be closed in draft legislation approved by the committee and also would set aside more than $13.5 million annually in state highway funds to help replace ferry vessels and improve ferry terminals. That’s in addition to about $40 million already spent annually on the system, said Rep. Paul Tine, an unaffiliated lawmaker from Dare County.

Having no tolls is “what’s fair and honest for the people of North Carolina,” said Rep. John Torbett, R-Gaston, the committee chairman. “They were free arteries of transportation when they were put into place. In my humble opinion, they should remain as free arteries.” […] 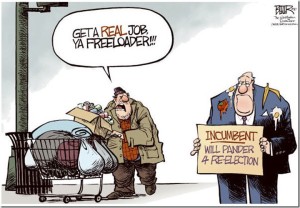 *Having no tolls is what’s fair and honest for the people of North Carolina.*  Hmmm.  I agree.   But where was all this righteous indignation when the taxpayers of northern Mecklenburg County were hollering?

One thought on “#ncga: Gettin’ kinda mealy-mouthed on tolling?”