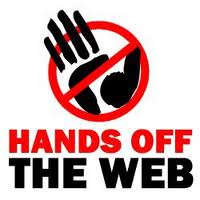 You’ve heard a lot of talk lately about the federal STOP ONLINE PIRACY ACT (SOPA).  I’m sure you’ve seen that sites like Wikipedia and Google are going “black” in protest of the legislation pushed by congressman Lamar Smith(R-TX).

It is a surprise to see a normally good conservative like Smith pushing something like this.  (Apparently, he’s been thoroughly schmoozed and wined-and-dined by entertainment industry execs.)

Declan McCullagh of CNet has an excellent piece HERE explaining the nuts-and-bolts of the legislation.

One of the more dangerous aspects of the legislation is that it gives the U.S. Justice Department the authority to tell U.S.-based Internet Service Providers (ISPs) to make a “problematic” web site invisible to American consumers.  That’s A LOT like what the Chinese government does to its people.

The Internet is the last bastion of freedom in this country.  Any time the government puts its hands on something, it becomes more complicated, more expensive and less private and free.

Tell your Members of Congress and Senators to STAY AWAY from SOPA.

Music and movie download sites DID NOT cause the crisis in the banking and mortgage industry.  Music and movie sites DID NOT produce this crippling, job-killing recession.  Congress needs to focus on fixing this economic nightmare.  Any D.C. politician who wants to waste time worrying about the Internet, while our economy swirls down the drain, needs to be sent home in November.

(So they can have all the time in the world, off the taxpayers’ dime …)