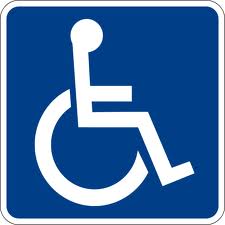 That sound you hear — in the wake of Bev’s announcement yesterday — is the explosion of politician egos.  From Murphy to Manteo, ambitious “public servants” are salivating over this sooner-than-expected “opportunity to serve the people.”

Let’s take a look at who the contenders are SO FAR:

1. Lt. Governor Walter Dalton:  The state’s second-in-command would be an obvious choice. Dalton has been very low-key over the last four years, carefully avoiding even the whiff of scandal. One huge stumbling block  for Dalton will be Name ID.  I was talking to some friends of mine who are unelected players in a Democrat machine based in a southeastern North Carolina county.  One of them mentioned the Lt. Gov. as the next obvious choice after Bev.  But, interestingly, none of these five, very-active, very politically-astute Democrats could name the state’s current lt. governor.  (One of the five thought it was still Dennis Wicker.)  It also didn’t help that the mysterious death of Dalton’s 37-year-old top aide made as much news as the announcement of his gubernatorial candidacy.  Current polling shows him down 15 points to Republican Pat McCrory — a worse showing than what Bev had.

2.  Charlotte mayor Anthony Foxx:  The second black mayor of Charlotte is just coming off a huge reelection victory where he got great support from blacks and whites.  The Queen City has had some significant economic development triumphs, and will be hosting one of this year’s two biggest political shows — the DNC convention — this summer.  His opponents may be able to make hay out of Charlotte’s crime problems, and its decade-long reign as the highest-taxed North Carolina city.  That may work in the primary, but, if Foxx makes it to the general, do the Republicans REALLY want to open the can of worms of criticizing a mayor of Charlotte?

3.  Bob Etheridge:  After the 2010 loss of his congressional seat, Bev hooked him up with a six-figure salary and a job title within the state bureaucracy.  Etheridge has been state superintendent of schools, a state legislator, and a congressman.  He has a long political resume.  But if I was running against him, I’d air THIS FOOTAGE  non-stop on every TV station in the state.

4. Congressman Mike McIntyre:  He could make the race interesting for the Democrats.  I know Mike.  He and I hail from the same neck of the woods. He has a nice-looking family, a somewhat-conservative voting record, and is in a church pew — somewhere — every Sunday.  The religious right and conservative eastern Democrats are smitten with him.  In his first run for Congress, the media discovered that a federally-convicted cocaine trafficker bought Mike’s campaign signs and was answering the phone at Mike’s campaign HQ.  Instead of turning on Mike, the voters dismissed it as an ambush, a political dirty-trick that caught Mike off guard. ( Mike won that race.)  McIntyre’s home has been removed from the congressional district he currently serves.  The district has been made more Republican. If he were to get reelected, Mike would be back in Washington for two more years in the minority.

5. Former state treasurer Richard Moore:   Thanks to Bev’s 2008 campaign, Moore’s integrity and credibility are in the toilet. He needs to save his money and keep enjoying, um, “spending time with his family.”

6. Pat McCrory:  Thanks to Jack Hawke’s ‘I ain’t Bev’ game plan, McCrory has rocketed to a strong lead in the polls and pulled in millions for his campaign coffers.  Bev’s announcement yesterday puts an end to that strategy.  Bev is NO LONGER A FACTOR.  An awful lot of people were drawn to Pat because he is the only alternative to Bev.  Now, there are a lot of alternatives.  McCrory needs to watch and learn from the current Newt Gingrich phenomenon.  People are thirsting for a strong, passionate, principled conservative leader to rally behind.  Pat needs to make a credible conservative case for himself.  He needs to prove that he is different from the guy named McCrory who presided over much of Charlotte’s reign as “highest taxed city,” the dramatic growth of the city budget, and the eventual Democrat takeover of city government.