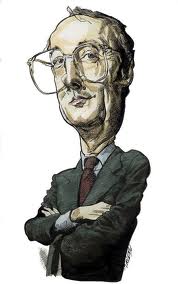 The last time a member of the Bowles family ran for governor was 1972, which produced a highly divisive Democrat primary that led to the election of a Republican governor.  Will history repeat itself in 2012?

Democrat big-dogs in Raleigh and DC are calling party operatives all over the state taking their temperature on the idea of an Erskine Bowles gubernatorial bid. Bowles has a sizable personal fortune, a great personal reputation, and very high name recognition.  He had a successful tenure as UNC system president. He’s been the administrator of the federal Small Business Administration, and a successful businessman in his own right.  Bowles is cozy with the same Charlotte-Raleigh-Winston-Greensboro business crowd that Pat McCrory has been schmoozing.

Critics will have some ammo to throw at him — his two failed bids for U.S. Senate, his work as Bill Clinton’s chief of staff, and his work on Obama’s federal debt commission where he and Alan Simpson basically called for a bunch of tax increases.  With the DNC convention being held in Charlotte, candidate Bowles will HAVE to do some appearances with BarryO — providing the NCGOP with plenty of juicy footage for campaign ads.

Lt. Gov. Walter Dalton has already thrown his hat in the ring for governor.  (There is time for him to back out and seek reelection to his current post.)  If Dalton stays the course, and Bowles files, you will have two deep-pocketed BIG DOGS slugging it out for the Democrat nomination — a la 1972.