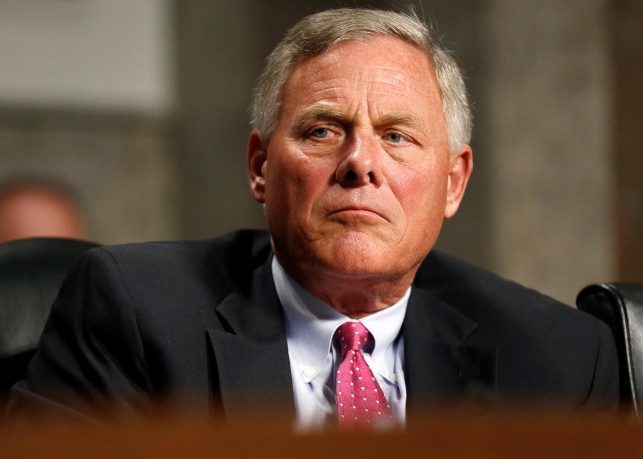 It’s one thing to see conservatives and RINOs squabble, but it definitely IS a head scratcher when a RINO-on-RINO fracas breaks out.

Hmmm.   Loeffler and Perdue have been criticized, along with Burr, for some sketchy investing activity that some have labeled possible insider trading.   Translation of this first paragraph of the Loeffler campaign release?

*Georgia’s two Republicans are getting a raw deal from the media,  but they may have something when it comes to Burr.*

National Review USED to be the Bible of the conservative counter-culture.  Since 2016,  it has continued a slide into a pit of Never-Trump venom and vindictiveness.  NR has become part of the Establishment it once ridiculed and fought.

Anyway,  here’s what they had to say:

[…] Likewise, one of the major pieces of evidence against Burr is that he gave a talk on February 27 to the North Carolina State Society in which he painted a much more dire picture. But by that point, a month had passed; it is unsurprising that his assessment of the situation would have changed in the interim.

In legal terms, what is material, nonpublic information under the federal securities laws is not necessarily the same as what is “widely known to the general public.” Under the theory of efficient stock markets, the law typically assumes that if news is reported, the markets know it. Clearly, however, most of the American public and most of the stock market were not alarmed enough to dump most of their investment portfolios, as Burr did. That alone could create problems for Burr, since the law also looks at how people behaved when they learned news in order to determine whether it was new, material information.

Burr has asked the Senate Ethics Committee to review his trades. The FBI is reportedly investigating him, while thus far, the other senators say they have not heard from the FBI or the Justice Department. Burr has also been sued civilly in the federal district court in D.C. by an investor in Wyndham Resorts, one of the stocks he sold. The Ethics Committee and the FBI will presumably have access to what was actually said in the classified briefing. The rest of us, possibly including the plaintiff in the civil lawsuit, will not. The civil suit is a publicity stunt in any event.

A key question in insider-trading cases is proving that the person who bought or sold stock actually knew about the inside information, and traded on that basis. Where the insider-trading charge breaks down here is that all of the senators other than Burr say that their stock trades were made by their financial advisers without their input. Feinstein, for example, has her investments in a blind trust. Loeffler says that her “family’s investments are managed by third-party advisers at Morgan Stanley, Goldman Sachs, Sepio Capital, and Wells Fargo,” all blue-chip Wall Street firms or major investment advisers. Inhofe and Perdue also have outside advisers handle their investments. Congressman Welch says his investment in a German company that makes coronavirus tests was made by an adviser, and that he will donate the proceeds. Only Burr handles his own investments. He may regret that.

[…] This, again, is where Burr has issues. He sold off 33 stocks worth between $628,000 and $1.7 million (the required disclosures are reported in frustratingly wide ranges), amounts that “appear to be a significant share of his holdings.” The defense he offers is that he was following CNBC’s reporting on the growing coronavirus hazards. That may be true, but it is not especially convincing. If he received non-public information in this period that would significantly add to or change the picture painted on CNBC, he could be in serious legal jeopardy.[…]

Burr’s term is not up until 2022.  He SAYS he isn’t planning to run for reelection then.  So,  why is he catching heat from all sides in the party? 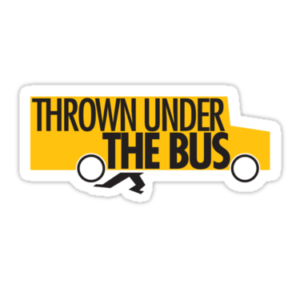 Theory 1:  Allowing this story to drag on gives the Democrats in North Carolina room  to talk about the NCGOP as the party of corruption. (Never mind the stink of corruption emanating from the general direction of the Democrats’  own state party chairman / insurance commissioner nominee.)   The most-recent former state Republican Party chairman, Robin Hayes,  is expected to be formally sentenced some time before November for lying to FBI agents as part of a bribery probe.  If Burr stays in office,  we could very well have him front and center in a US Department of Justice /  Securities and Exchange Commission probe that runs right up through the November election.  Burr won’t be on the ballot, but his Siamese twin Thom Tillis will be.  Tillis made it to the Senate in 2014 without ever cracking the 50 percent mark in the polls.  He’s in a precarious position now.  Tillis has spent five years thumbing his nose at his party’s conservative base.  Recent polling shows him  locked in a tight match with  Democrat Cal Cunningham.  Tillis needs publicity about scandals surrounding two of his closest allies like he needs another hole in his head.

Theory 2:   This is all an effort to keep the seat currently held by Burr in RINO hands.  If Burr resigns or is removed from office,  the state GOP must send a list of three recommendations to replace him.  Governor Cooper has to pick one of those three to finish Burr’s term.   The NCGOP would need a replacement capable of winning a statewide election.  Unfortunately,  the field of conservatives in the state who meet that requirement is quite sparse.  If we reach that point,  be prepared for recommendations with names like — oh — McCrory,  Moore,  Berger, Hudson, or McHenry.  (*Exciting, eh?*)

One thought on “GOPe: Throwing Richard Burr under the bus?”