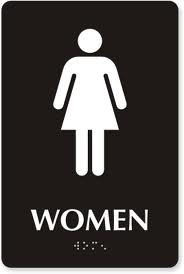 DC Republicans are making a huge deal out of female Members of Congress taking the lead on the recently passed “Small Business Tax Cut.”   Second District incumbent Rep. Renee Ellmers, up for reelection in a newly-configured district, is picking up that ball and running with it:

[…] Yet with the role of women now a key topic in the presidential campaign, female lawmakers like Reps. Cathy McMorris-Rodgers (R-Wash.) and Renee Ellmers (R-N.C.) were deployed not simply to echo the leadership’s talking points but to highlight the benefits of the tax cut for women and the many businesses they own.

The timing is not a coincidence, Ellmers said. With Democrats accusing Republicans of a “war on women,” she said it was “very important” for the party to speak directly to the impact its policies would have on women.

“I’m a woman. I’m a conservative Republican. We need to connect with the women of America,” she said in an interview.

“When we see this brought up as an issue, we know we need to come to the forefront and outline these issues,” Ellmers said. “We’re ready to fight for everyone in America, but when we see women under attack, then it’s up to us to come forward and start speaking out with an even stronger, louder voice.”

While the presidential campaigns have sparred over stay-at-home mothers, Ellmers, McMorris-Rodgers, Rep. Diane Black (Tenn.) and other Republican women have repeatedly pointed out that women own one-third of all small businesses. […]

While Ellmers and her colleagues are pushing the gender issue Inside The Beltway,  the issue is rearing its head in the race for the 2nd congressional district GOP nomination.  A group calling itself  “Women for Speer” is expected to publicly debut this week.  The group will endorse Richard Speer, a Tea Party-backed Republican from Fayetteville,  who many see as Ellmers’s toughest competition in her reelection fight.