She showed her ignorance of the North Carolina constitution with that ridiculous ban on gender segregation in locker rooms and rest rooms. Let the he-shes into your ladies rooms and locker rooms, or get fined into bankruptcy.   Now, Charlotte mayor Jennifer Roberts is taking her foolishness onto the national stage: 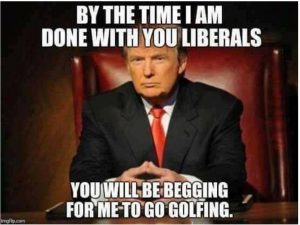 So, the city is going to ignore a presidential executive order? Roberts is practicing the tried-and-true trick we warned you about of disguising a shocking lack of facts behind a whole lot of screeching and demagoguery.    Of course, The Observer and the rest of the driveby sycophants will be standing by slavishly to take down every single over-the-top. dishonest word.

Once again, this is a temporary pause targeting people from seven countries that are currently torn up by internal strife and civil war.  Those countries have no formal immigration or law enforcement structures in place so as to allow for background checks on travelers to and from those 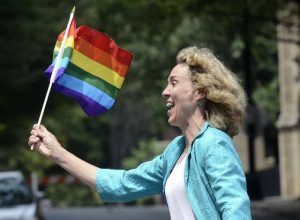 The people of Charlotte have some real pieces of work running their city.  Far-left kookery tops the agenda.  Ensuing chaos — and legal fees — be damned!

4 thoughts on “Fresh off her tranny adventure, Charlotte’s clown-mayor picks a fight with The Donald”