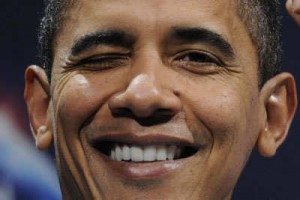 The economy is in the the toilet.  Our troops are at war.  Political chaos is popping up all over the globe.  BarryO, “Dingy Harry” Reid, and Miss Nancy are focused on gay rights.

First, BarryO and Hillary tell us that the promotion of gay rights in foreign countries will be a major diplomatic priority for the United States in the coming year.   The level of gay-friendliness in other countries will also be a major factor in determining how much — if any — foreign aid will be allocated to said country.

In related news, the U.S. Senate has passed a defense authorization bill that officially strips “don’t ask, don’t tell” from military policy.  The bill ALSO removes the military services’ ban on bestiality and sodomy.   Our incredibly astute senior senator — and nominal Republican — Richard Burr was one of 8 Republicans who voted for the initial reversal of  the ban on gays in the military.  I wonder how he voted on this?  (After all, he has a long distinguished career as a lawnmower salesman.  That qualifies him to know what’s best for our military.)

One thought on “For BarryO & the gang, GAY is OK as the word of the DAY”