State treasurer Dale Folwell has had enough.  He’s seen what we all have on the ol’ boob tube in re: Russia and Ukraine.  And he’s ready to do something about it:

The proposed action would be unprecedented, and would complement the economic sanctions and export controls the U.S. Government already has imposed on Russia. Treasurer Folwell wants Congress to amend the Foreign Sovereign Immunities Act (FSIA) of 1976 to provide direct recourse for the North Carolina pension fund and other institutional investors and state pension funds to hold corrupt regimes and foreign state-owned corporations accountable for losses stemming from their deadly misdeeds.

“Amending FSIA language to provide state pension funds with greater legal mechanisms to more easily recoup economic losses is a crucial step to impose serious financial consequences on the Russian tyrant, diminishing his ability to fund his evil war,” Treasurer Folwell said. “We need to punish Putin and his cronies for pension and investment losses. North Carolina taxpayers and those who teach, protect and otherwise serve should not suffer that burden.”

The FSIA says foreign states are not completely immune from the jurisdiction of U.S. courts with regard to specified commercially related activities.

“Putin’s actions are barbarous and deplorable. He is indiscriminately bombing and shelling peaceful citizens who want only to live freely under their constitutionally established government and rule of law. His criminal actions are causing loss of innocent life, depriving Ukrainian cities of food and medicine and creating a humanitarian crisis in which over 1.7 million refugees have flooded into other European countries,” Treasurer Folwell said.

“We stand with the Ukrainian people in their desperate hour of need, and demand that Putin be punished severely for his war crimes,” Treasurer Folwell said. He believes heightened economic pressure can help bring an end to the atrocities and loss of life.

As of Feb. 25, the Department of State Treasurer had minimal securities in its international equity portfolio that are domiciled in Russia, with just under $80 million or just 0.067% of the plans’ total holdings of $118.2 billion. The Supplemental Retirement Plan portfolio has about $12 million in exposure or 0.077% of that plan’s $15.5 billion in holdings all within the international equity and index funds.

While sanctions freeze Russian assets, the power to confiscate them through private lawsuits based on economic harm is not an easy or well-defined process due to international law, bilateral investment treaties and principles of sovereign immunity. Despite the legal barriers, there are exceptions in the law with respect to sovereign immunity defenses. Amending the FSIA to create additional exceptions could allow economically injured parties to file additional court actions. Victims’ rights against state-sponsored terrorism might be a good model for this initiative.[…] 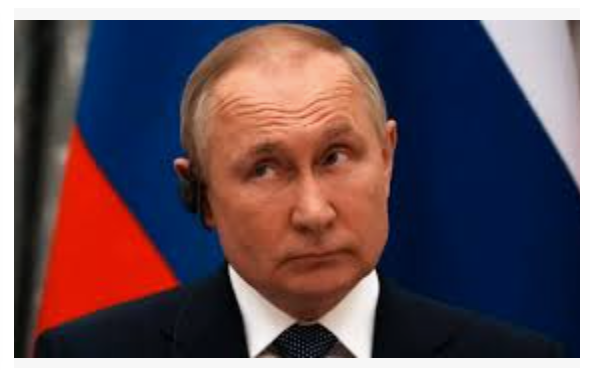 Folwell says, for this to work,  a General Assembly-approved resolution will have to be approved:

[…] Following is an excerpt of the resolution suggested by the Department of State Treasurer to the General Assembly:

WHEREAS, The United States has, along with our allies, imposed the strongest possible sanctions on Russia and its financial institutions in response to the Russian invasion of Ukraine; now, therefore,

Be It Resolved by The House of Representatives of North Carolina, the Senate concurring herein:

That we, the members of the General Assembly:

(1) Stand alongside the people of Ukraine, and hold Russia and its corrupt leadership fully accountable for its appalling decision to invade;

(2) Condemn, in the strongest possible terms, Vladimir Putin’s violent attack on the people of Ukraine and strongly endorse the swift and severe economic sanctions and stringent export controls that the United States Government has imposed on Russia; and

WHEREAS, North Carolina taxpayers and public employees who teach, protect and otherwise serve should be granted additional recourse to hold the Russian Federation, its corrupt leadership, and its state-owned corporations accountable in U.S. Courts for economic damage done in the United States by Vladimir Putin’s gambit; now, therefore,

(3) Urge the United States Congress to amend the Foreign Sovereign Immunities Act (FSIA) of 1976, codified at Title 28, §§ 1330, 1332, 1391(f), 1441(d), and 1602–1611 of the United States Code, to provide more direct recourse for state pension funds and other institutional investors to hold corrupt regimes and foreign state-owned corporations accountable in U.S. Courts for their actions.