In this Catherine Truitt-inspired Twilight Zone, I am not surprised anymore at ANYTHING government tries to push on kids. Let’s check in on what’s apparently been happening in Huntersville:

The mayor pro tem of Huntersville, North Carolina, appears to have deleted her Twitter account after suggesting children should feel free to “slide into” her direct messages to talk about gender and sexual orientation.

“If you’re a kid living in a #Don’tSayGay state & feel like you don’t have an adult to talk to, I got you,” tweeted Stacy Phillips on Wednesday evening, according to screenshots posted by the “Libs of Tik Tok” account

“You’re welcome to slide into my DMs to talk, to share, to express yourself confidentially,” she continued. “It’d be an honor to be your Auntie by blessing. You’re perfect just the way you are.” […]

She said “slide in.” (Cue the Beavis and Butthead laughter.) 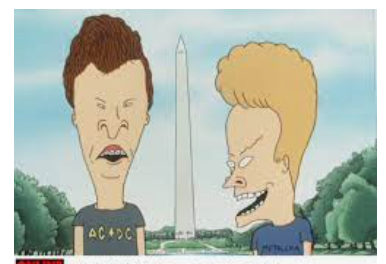 Phillips, who serves as “mayor pro tempore” (an official who exercises authority in case of the mayor’s absence) made her account private followingbacklash over the tweet, the Libs of Tik Tok account said.

She reportedly updated her bio to include the hashtag “AuntLife” before deleting the entire account.

In a statement to The Daily Wire, Phillips said that her statement was “taken out of context in ways I never intended,” promising to continue to “support all people” as her faith has taught her.

“I am incredibly sorry for that,” she said. “I would like to set the record straight. While I understand the purpose of the Florida bill and agree that sexual education of any kind should not be taught to our youngest children in school, the rhetoric around my statement and this bill has been incorrectly spun. In my duty as an elected official and a Christian I am here to support any and all people.”

“My use of the hashtag and my statement was intended to give visible support to those unintentionally affected by the negative discussions around these issues, not to take a side in this debate,” she added. “I will continue to represent and support all people, because that is what my faith has taught me to do.

Critics have labeled HB 1557 the “Don’t Say Gay Bill,” accusing Republicans of endangering LGBTQ youth by outing them to their parents or preventing them from learning about their sexuality.

Disney CEO Bob Chapek spoke out Wednesday in a company shareholder meeting about the bill, telling shareholders that he had called Republican Florida Gov. Ron DeSantis on Wednesday morning to express Disney’s “disappointment and concern.”

“In the state of Florida, we are not going to allow them to inject transgenderism into kindergarten,” DeSantis said in response Thursday, adding that “if that’s the hill that they’re going to die on, then how do they possibly explain lining their pockets with their relationship from the Communist Party of China?”[…]

Interfering with the parent-child relationships out there.  Who voted for that?

3 thoughts on “Let’s talk about sex — The Huntersville Way”