Somehow, the legislators who killed the repeal of SL 2016-3 (aka HB2) are screaming their lungs out and banging on the doors and the windows outside the House and Senate chamber galleries abo 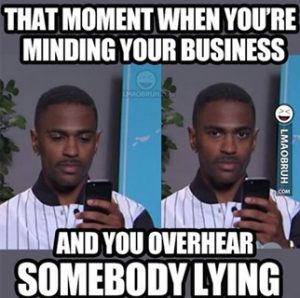 ut some kind of double-cross by the Republicans.

Yeah.  Peaceful protesting.  (*Try to get your baby to sleep through that barbaric caterwauling.*) The cops got called in because these social lepers were so loud and abusive in the spectators gallery that they drowned out business attempting to be conducted on the House and Senate floors. That’s unacceptable behavior. It’s disturbing the peace, which is illegal.  Just like me and some buddies showing up where The Round Rev is conducting his bidness,  from the podium,  and simultaneously using bullhorns to fat-shame him.  It’s not nice. It’s disturbing the peace.  (But it might be fun.)

Oh, and there were quite a few mental patients, homeless people, and Alzheimers patients mixed in with The Rev’s rabble at the legislative building.  Tricking those people, who likely had no idea what they were doing, into going to jail was a special kind of despicable. But, hey, Massah Soros loves him some ‘despicable,’ don’t he?

The sleaziest part of this stage of this soap opera is the lie that the Republicans double-crossed Charlotte AFTER Charlotte repealed their ordinance.  (That’s a YUGE pile of bovine feces, there, by the way.)   Here’s Charlotte City Council’s so-called repeal ordinance.    Pay close attention to section 5 at the bottom of the document:

Nice, huh?  The Senate repeal bill included a 30-day moratorium.  So, there was no way, with that bill, the state law would have been fully repealed by that time.  So, if the Senate had passed that bill with the moratorium in it, Charlotte would have said ‘never mind’ and gone right back to their madness.  This whole exercise was destined to fail from the start.  You had groups seeking PR and political advantage.

Here’s some input from one of the few attorneys we actually like around here:

Charlotte City Council wants the General Assembly to repeal all of HB 2, but it wants to retain authority to enact employment discrimination, public accommodations, and other nondiscrimination ordinances which do not track general N.C. law.  If the proposed “deal” between Charlotte and the General

Assembly goes through this month, it appears Charlotte will retain its claimed prior authority to enact a wide-ranging local ordinance that goes far beyond normal local authority over water, sewer, garbage collection, zoning, building codes, city streets, and other local matters.

In North Carolina it is the General Assembly, historically and currently, which takes precedence over ordinances of municipalities.  Indeed, municipalities have no authority but that granted by the legislature.  In our state the dog wags the tail, not the other way around.  A local city or town council does not have authority over the General Assembly; the state legislature always has the final word. 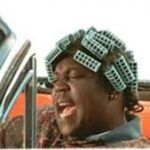 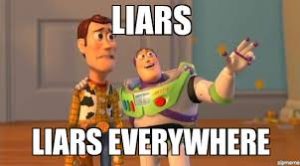 Jennifer Roberts, Roy Cooper, and other mischievous liberal Democrats should stop their posturing over the HB 2 issue.  The current General Assembly or the next one taking office based on the 2016 election should make clear that any civil rights legislation is uniform across the state, enacted by state statute, and that individual municipalities have no authority to pass local parochial ordinances in these areas.  Otherwise, the state will be a hodge-podge of conflicting local ordinances.  Businesses will have no guarantee of known predictable laws to which they should conform. 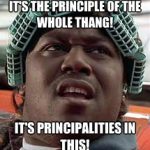 THAT should have been the GOP spin on HB 2 SINCE IT WAS PASSED.   (It should be used henceforth.) 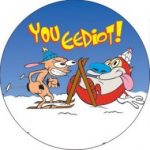 dudes in the ladies powder room, bring a bill to the General Assembly and make it applicable to the WHOLE STATE.  THEN we’ll see who is and is not in the mainstream.

Just remember, the next time some low-info type or liberal tries to tell you the Republicans on Jones Street screwed over Charlotte on HB2, slap them good and hard with FACTS like these.  (They’ll be stunned.  They won’t know what to do with them.)