You can read about all of the great Greek and Roman philosophical debates throughout history.  Before Common Core took over, many of us learned about the Lincoln-Douglas debates which actually engaged the audience on the hot issues of the day without bringing up anyone’s mama, baby mama, or sweetheart deal with a Florida-based lobbyist.

Nowadays, political debate is often dominated by the tactics perfected throughout history by such *sweethearts* as Vladimir Lenin, Ivan Trotsky, Joseph Stalin, Benito Mussolini, Adolf Hitler, Chairman Mao, Fidel Castro, Al Capone and John Gotti.  *You DO what we want, or we will do really really unkind things to you.*

Quite paradoxically, that is the business plan for the same crowd who is out there saying we all need to just hug each other really tight, use the bathroom together, and respect “diversity” and stuff.

Didn’t get the trial verdict you wanted?  Oh, well.  Go out in the streets, set stuff on fire, and break other people’s stuff.  The drivebys will understand and sympathize — as long as its not THEIR stuff. (400 — no, 500 — years of oppression, and all.) 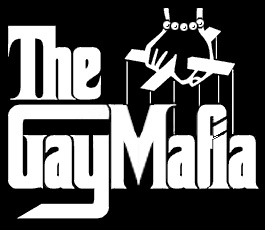 Don’t like a decision made by a duly elected legislative body?  Send out your bully boys to threaten and badger large corporations that do business in that legislature’s jurisdiction and also depend on minimal controversy to keep their stock prices up and shareholders happy. Getting mentioned in the driveby media in the same breath with “discrimination” or “bigotry”, to these corporations, is like showing a cross to a vampire.  It’s easy to generate a liberal smear campaign within the driveby media.  The drivebys are fellow travelers with the activists. It’s preaching to the choir.  They’re glaaaaaaad to help.

One of the great

est pieces of advice to me in my old sports-playing days?  Establish your alpha credentials early and up front.  Make it clear what will be tolerated and what will not be. If it means walking up to your opponent and slapping them upside the head before the whistle even blows, so be it.

Stop trying to handle everything like you would in your law practice.  Lawyers’ main motivation is to always seek a deal.  A win-win for everybody.  Ideologues seek blood. And a pound of flesh.  These people on the other side will never stop.  Give them an inch, they will take a kilometer.  You want a compromise to get the folks at the country club off your back.  They want to rewrite the laws of nature and flush western culture down the toilet.  You’re scrimmaging.  They’re in live fire combat mode.

Republicans in Raleigh need to take some guidance from the playbooks of the characters “Debo” from the movie “Friday” and “Omar” from the HBO series ‘The Wire.” Both of those guys were alpha males to the MAX.  (Debo was played by North Carolina native and former NC State football player Tiny Lester, btw.)   They came onto the scene, people’s bodily orifices puckered up.  People gave them what

they wanted — just to make someone else the focus of their attention.

Indiana Jones demonstrated the folly of bringing a knife to a gunfight so well.

Republicans have the numbers, but they are allowing liberals to Debo and Omar them all over the place.  There is nothing shameful in saying ‘I am here to vote the interests of my folks back in Rockingham County, not those of George Soros.  THIS is what my people sent me here to do.’

Work on the counter-message too.  Screw the mainstream media. Republicans who continue to give WRAL and The N&O  the time of day are morons.  Those driveby folks are little more than Lucy holding the football for Charlie Brown.  A bunch of money-bleeding, step-n-fetchit liars.

Stop responding.  Go on the offensive with the very palatable, very popular limited government message in your party platform.  You have a base

out here that wants you to shake things up dramatically.  Though, you DO have a communication problem.  It’s hard to be taken credible as a reformer when you are partaking in the same graft and corruption you’ve bashed for years. There IS a burgeoning conservative blogosphere out here.  I am willing to bet that our site alone has more reach and influence than most main-stream media outlets in the state. I hear from people from Murphy to Manteo to Pineville to Reidsville to Wilmington every week expressing their frustrations and seeking some leadership.

Leadership is NOT about catering to Tim Moore and David Lewis.  It’s about setting the tone for your environment.  Laying the ground rules of conduct.  It’s about laying out specifics to your people back home, and then going to work on making them a reality.