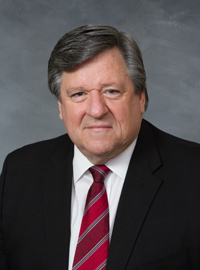 You’ve gotta love this civility, peace and love crowd.  When they ran things into the ground in Raleigh, they frequently shut down GOP and conservative protests by lecturing about the need for “civility.”  The GOP takes over in 2010 — and solidifies control in 2012 — and ALL that civility stuff goes right out the window.

Early in 2013, we heard about this BluePrintNC memo put out by a coalition of leftist screech owls laying out a strategy for Democrats and other leftists to “eviscerate” the new Republican majority.  The Democrats and their media lapdogs poo-pooed GOP concerns about BluePrint — dismissing them as paranoia or overreaction.  But looking at how Gov. Pat and NCDHHS secretary Wos have been smacked around during the first 9 months of this year — it appears the right’s concerns about the BluePrint memo were well-grounded.

In 1995, CBS and Connie Chung tried to derail new GOP House speaker Newt Gingrich by airing a quote from Gingrich’s mom saying her son “thinks (Clinton)’s a bitch.”    In 2007 and 2009, Glenn Beck and The  Washington Post Dana Milbank respectively got roasted for daring to refer to Hillary Rodham Clinton as  a “bitch.”  We all got lectures on civility.

Back to 2013.  NCDHHS secretary Aldona Wos went before a legislative committee to talk about current affairs within her agency.  Democrats, leftist activists, and their media lapdogs have been beating on this woman mercilessly for months now.  (Does anyone remember the name of the DHHS secretary during the Perdue, Easley or Hunt administrations?)   Judging by the dictation and sycophantic slobbering by McClatchy and WRAL, you would think DHHS was a finely tuned properly functioning machine until January 2013.

WRAL’s  resident man-purse carrier,  Mark Binker, focused his coverage of the Wos hearings at the legislature on the various and sundry claims being dumped on the secretary by his masters on the left side of the aisle.  Binker  appeared gleeful to include THIS gem from the very frustrated leader of the dwindling state senate minority, Martin Nesbitt (D-Buncombe):

[…] North Carolina Health News, a nonprofit news site, reported Tuesday morning that DHHS officials had revised their response to an audit critical of the department. The response, delivered just as the Republican-run administration of Gov. Pat McCrory took over from Democrat Gov. Bev Perdue, made the state’s Medicaid system appear more poorly run than was actually the case. Specifically, it did not correct a data mistake by the State Auditor’s Office that made it appear North Carolina’s administrative costs were higher than in other states.

“It concerns me tremendously when I see us fiddling with the fact,” said Sen. Martin Nesbitt, D-Buncombe.

Wos said she had not seen the N.C. Health News story but said she stood by the audit response she signed off on back in January.

Nesbitt was one of several lawmakers who asked about the report. But it was Sen. Ralph Hise, R-Mitchell, who gave Wos her opening to speak about public records.

“We received a response from the department,” Hise said. “Under a public information request, someone has gone in and asked for every previous iteration of that (response), and now we’re coming up and asking why things were redacted before they were sent to the General Assembly. … Anybody who believes that this came out on the day of this hearing, with multiple members asking questions about it is a coincidence, is living in a fairy tale.”

He continued, “I think there is an intent here to inundate the department with public information requests, and when you get to the point where you’re questioning why something was deleted from a report at some previous time the report was submitted … I think you’re starting to see a witch hunt.”

Hise then asked Wos how much time her agency was spending on answering public information requests.

“Senator, it is becoming impactful,” she said. “We have several people who work on this full time, and then we have attorneys inside the department that then, after that information is reviewed, then have to review it to make sure that (nothing legally) has to be redacted. It is very time-consuming for us and is pulling us away from the work we should be doing, whether it’s Medicaid reform, whether it’s now the federal shutdown, whether it’s sequestration … It is truly taking away time and resources from us doing our jobs.”

Nesbitt then pushed back against Hise’s assertion, saying he didn’t have any idea the N.C. Health News report was coming out.

“I’ve been sitting in here reading it and digesting it for the past two hours,” Nesbitt said. “The second thing is, it’s not a witch hunt to try to find out what went on, and all of these changes were made by this administration after they took over … There’s not – maybe the lady who wrote the article was on a witch hunt. I think she found one.”

Ahhh.  So, we’re insinuating that the foreign-born Republican DHHS secretary is a “witch”?  Just imagine the hissy fit Binky and his friends @ 5 would be throwing if a Republican legislator had said something akin to that to a Democrat politico.

(Civitas has a great piece on NC Health News, the media outlet that broke the story that led to the comments by Hise and Nesbitt.)

Binker took to Twitter and other forums to dismiss criticism of Nesbitt, and laugh it off as a cute piece of sarcasm by the Democrat leader.  There hasn’t been much in the way of outrage from the remnants of our mainstream media.  Probably too busy cutting and pasting Gerrick Brenner’s press releases.

NCGOP vice-chairwoman Joyce Krawiec demanded an apology.  But the silence from the Fourth Estate has been deafening.  Connie Chung’s screwing of Newt’s mom – for saying something TRUE — was the opening salvo of a media effort to derail Gingrich and his Republican Revolution in DC.

The media will not show some integrity and hold Nesbitt accountable for this total lack of class.  Just remember this when election time rolls around, and a certain political party starts telling you how much more compassionate and civil they are than the other guys.

We did the right thing in 2010 and 2012 folks.  We need to stand strong — in the face of a withering onslaught by the leftist hordes and their compliant, subservient media allies — and keeping pushing forward.