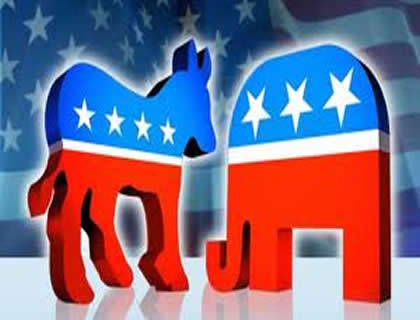 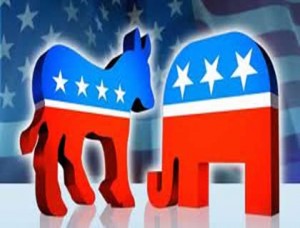 I heard through the grapevine that John Hood thinks I don’t like him very much.  (For the record, all I know of him is what I read in his columns and what I hear him saying on NC Spin.)

It’s not personal with Mr. Hood.  He’s allegedly the conservative intellectual leader in North Carolina.  So, it troubles me to hear him bemoaning the legislature’s failure to pay reparations to people allegedly sterilized by the state decades ago, and championing ideas like having the government attach GPS units to our cars so they can track us and tax us more efficiently.  It’s not Mr. Hood’s party affiliation, and it has nothing to do with the fact he works at The John Locke Foundation.  I criticize him when I believe he’s wrong on the issues, and I hail him when he makes a good point.

In one recent column, Mr. Hood makes an excellent point:

[…] Then I read and watched some news stories on North Carolina politics. I saw Republican Pat McCrory, probably the state’s next governor, remind voters of the lengthy parade of Democratic officeholders – former Gov. Mike Easley, former House Speaker Jim Black, former U.S. Sen. John Edwards, former aides to Gov. Bev Perdue, and many others – who had broken the law or acted unethically.

And I saw defenders of Lt. Gov. Walter Dalton, McCrory’s opponent, respond by pointing to misdeeds by prominent Republicans such as former GOP chairman Sam Currin, who went to prison for money laundering, and the former chief of staff to House Speaker Thom Tillis, Charles Thomas, who violated marriage vows and the public trust by having an affair with a lobbyist.

Corruption knows no partisan or ideological boundaries. All human beings are imperfect creatures subject to temptation. I don’t expect people to be “practically perfect in every way,” as Mary Poppins was a whimsy, not a real person. But I do expect those who would lead governments, businesses, or educational institutions not to lie, cheat, steal, or sleep around to their heart’s content. Don’t you?

North Carolina has no shortage of challenges. I’ve come to believe that the most serious one is a leadership crisis. […]

AMEN.   People see the word “conservative” in the masthead of this blog, and assume that we are a mindless cheerleader for the GOP.  (Anyone who regularly reads this blog knows that is FAR from the case.)   I get an occasional angry email from readers who can’t understand why I would dare raise questions about things said or done by GOP leaders like Robin Hayes, Thom Tillis, or Pat McCrory.  As Mr. Hood does, we try to look at people beyond their party registration and pay more attention to their positions on issues and their personal and professional conduct.  Believe it or not — there are likely just as many crooks registered as Republicans as there are registered as Democrats.

I am one of the biggest opponents of straight-ticket voting.  Do many of you really believe that EVERYONE with an (R) next to their name is the BEST choice for elected leadership?  Richard Morgan had an (R) next to his name.

On election day, evaluate each candidate based on their stands on the issues and their conduct.  Not on their name recognition or their party registration.  You may know the name Elaine Marshall and think she’s a nice lady.  Before granting her another four years, you need to consider a number of things:  (1) her office’s lack of involvement in recent federal busts of Ponzi schemes in North Carolina, (2) her embrace of The Occupy Wall Street movement, (3)  her embrace of gay marriage and other leftist issues and (4) her tight embrace of Obama, as documented on her Twitter feed.

You may know the name of state treasurer Janet Cowell.  She looks like a nice lady.  She looks like she’s working hard at her job.  But she invested a lot of state employee retirement fund money in the dubious Facebook IPO after Erskine Bowles’s wife hosted a fundraiser for her.  Erskine sits on the Facebook board and his company was managing the IPO.  It looks like Erskine and his wife helped Janet get a little campaign money, and — in return — Janet made a very bad investment decision that cost state employees a lot of money and made Erskine and his firm a lot of money.   At the DNC convention in Charlotte, Janet also wined and dined a lot of the Wall Street power brokers her office does business with.   The  State Employees Association is pretty peeved at Cowell over the Facebook deal, among other things, and is withholding its support in her race.

Steve Royal is her challenger.  He’s running a low-budget, low-key, grassroots campaign. He’s a CPA — so it looks like he actually is better qualified for the job than Cowell  is.  Royal strikes me as a guy who isn’t interested in playing “you-scratch-my-back-and-I’ll-scratch-yours” games with Erskine Bowles and other power brokers.

Which brings us to the train wreck known as Debra Goldman.  She got elected to the Wake School Board as a Tea Party supporter and advocate of a school choice agenda.  According to folks intimately familiar with that whole saga, Goldman did a 180 and voted to kill off the school choice plan because she was reportedly angry about not being made vice-chairman of the board.

All of this stuff in the paper now has been whispered about in political circles for two to three years now.  Yet, the GOP power structure in Raleigh cleared the deck for her to get the nomination for the auditor post. Was it her qualifications?  Nope, she has a degree in advertising.  Was it her ties to the right cronies within the NCGOP establishment?  Probably.

From what I’ve heard from my Wake contacts, and from what I’ve read and heard in the media, I am convinced that she is not stable enough to handle the auditor’s post.   There were plenty of other choices in the GOP primary who were much better qualified and much more stable than Goldman.  But the GOP establishment put its muscle behind ol’ Deb, and here we are.

In the Outer Banks, Thom Tillis and other NCGOP operatives broke their necks to get Democrat Party-switcher Arthur Williams elected to the state House.  One problem — the NCGOP had worked hard just two years earlier to defeat him.  They painted him as a liberal extremist who was too tight with Jim Black and Marc Basnight.  Magically — just two years later, after he had put an (R) next to his name — the GOP establishment deemed him A-OKAY as a candidate for the General Assembly.  Never mind that two years earlier he had been excoriated as a mind-numbed leftist and servant of Satan.

The message Raleigh was seeming to send was:  If you have an (R) next to your name, you are OK.  A different letter makes you BAD.  It doesn’t matter what you said or did within the last two years.