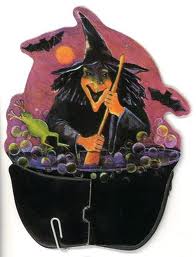 *I am sure that the voters of one New Hanover County-based state senate district were looking for a deep, detailed discussion of gynecological practices during this campaign season.*

During the evening news, Democrat Deb Butler has been introducing area voters to the transvaginal ultrasound wand and trying — somehow — to convince them that it matters more  than all of this unemployment and economic decay plaguing The Old North State.

The eeriest part of the ad is that it is set in ol’ Deb’s kitchen.   (That should give you pause prior to accepting a dinner invitation at the Butler house.)

[…] A woman running for the state Senate in Wilmington has brought new meaning to the word “radical.”

In a TV ad last week, Deb Butler tried to scare women by lying about Senator Thom Goolsby’s record in the Senate. And she did it while waving a transvaginal ultrasound wand around in her kitchen. You read that right. An ultrasound wand. In her kitchen.

The far left loved it. MSNBC is swooning over Deb Butler. So she doubled down yesterday with a new ad – this one starring an angry abortion doctor.

[Here are the two filthy ads the Dem challenger is running:

This is a new, disgusting low in political campaigning. Women are smarter than this. And we see through it.

And let me tell you, this isn’t the most extreme or disturbing thing Deb Butler has done. Not even close.

She’s the lawyer for Occupy Wall Street’s Wilmington chapter. Yes, the same Occupy that orchestrated anarchist rallies across the country. She’s a poster child of left-wing special interest groups, and they’re sending mail pieces attacking Thom and pulling out all the stops to get her elected.

I want to be clear: As a woman, Thom has done nothing to restrict my rights or stop equal treatment for women. In fact, the fiscally-responsible legislation Thom championed last year will only help put unemployed women across North Carolina back to work. [..]