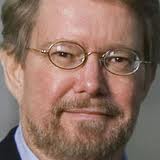 Every so often you come across someone who peddles their propaganda and disinformation so passionately that it becomes comical.  Rob “Raleigh Rob” Christensen likes to think he is a serious journalist.  To this day, I bet he is still bewildered over WHY the late Senator Jesse Helms had him physically thrown out of that NCGOP meeting.

Rob’s column today was quite a face-palming, head-shaker.  He tried really hard to broadcast some propaganda for his hard-left buddies, but ended up — as often is the case — making very little sense:

The May primary was kind of a dry run for North Carolina’s new politically charged voter ID law.

Although the law does not go into effect until 2016, primary voters were asked by polling officials if they had an acceptable photo ID, and if they didn’t whether they would be willing to sign an acknowledgment that they did not have photo ID. The idea was to educate and prepare voters for the new law.

[…] To monitor the dry run, Democracy North Carolina, a Durham group that has been skeptical of the new voter ID law, decided to conduct a survey of primary voters. With the help of Ignite NC and Common Cause, the group trained a team of volunteers to quiz voters as they left the polls.

The survey of 7,134 voters was conducted in 34 of North Carolina’s 100 counties. The questions were designed by and the results were tabulated by Martha Kropf, a political science professor at UNC Charlotte. […]

Okay.  So we’re going to base A WHOLE COLUMN on propaganda generated by a coalition of THREE hard-left groups.

(Jay DeLancy is quite interested in election law.  He’s in Raleigh, and a local call. We couldn’t find his number, Rob?)

Democracy North Carolina is a leftist front whose boss Bob Hall can flatulate and get blanket news coverage.  Common Cause is a nationally-renowned pack of leftists.  And IgniteNC has openly worked against GOP-driven election reforms at the state level.   Their boss, Brian Perlmutter, boasts of his passion for “social justice” and takes pride in the fact that he was one of “the first 17” to be arrested at the Moral Monday protests at the legislative building.  Oh, this survey is *SURE* to be fair and balanced:

[…] The survey found that things did not always go smoothly.

For example, 18 percent of the voters quizzed said they were not asked if they had voter IDs – the whole purpose of the dry run.

There were also examples of voting officials going too far – of actually requiring voters to produce a photo ID before they could vote, even though it is not a requirement until 2016.

For example, Samuel and Jacqueline Cannon of Greenville, voting at the American Legion polling place, told interviewers that they were required to fetch photo IDs from their car, even though the law was not in effect.

Roger and Carolyn Jones of Erwin likewise said they were required to show a photo ID when they showed up at the Bunnlevel Fire Department.

But for the most part, the survey results were not startling. Of those who had been asked about a photo ID, about 75 percent said they found the information “clear and understandable.”

What’s so hard to understand about the concept of a “photo ID”?  Do these people drive cars?  What do they show the officer when he is parked behind them with the blue lights flashing? Try telling the officer that you don’t have any photo ID.   It sounds like that 25 percent was mainly N&O subscribers and Obama voters —  characteristics that are usually not mutually exclusive.

[…] People were a bit confused about when the voter ID would be first required. The survey found that 54 percent correctly said it would go into effect during the 2016 primary, with 19 percent saying they thought it would begin in the 2016 general election, while the rest were uncertain or gave other dates.

Divisions over law itself

Not surprisingly, there were deep divisions about the law. Voters were asked whether the voter ID law – as well other voter law changes such as new registration requirements and early voting times – made them feel more or less confident about the security of North Carolina elections. Thirty-two percent said the changes made them more confident, 32 percent less confident and 34 about the same. […]

Deep divisions?  Two-thirds said the law made them feel more confident or about the same.

The survey was not meant to be a scientific sampling. About half of those questioned were African-Americans, among the strongest opponents of voter ID laws.

There were strong racial differences in how primary voters viewed the voter ID law – the report called them “large and statistically significant.” About 44 percent of white voters said the changes made them more confident about election security, while only 20 percent of black voters did.

Not scientific?  OK, then why are we basing an entire news column on it?  Probably because it fits a narrative Raleigh Rob likes.

Oh, it is so much fun to watch this addled old geezer fiddle while the last vestiges of OLD MEDIA burn to a crisp.