*Saying one thing, and doing another when you think no one is looking.*  That’s what we have going on here.

According to CR’s highly-acclaimed vote score card, only FOUR members of our state’s delegation to Congress can truthfully call themselves “conservative.”

Everybody else?  They FAIL. 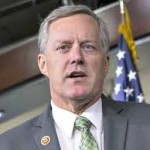 Tom Rice — 58% and F — is the only South Carolina Republican with a failing grade.  Let’s look at their senators:

Hey, with a little more work, our guys in the Senate will be AS BAD as Lindsey Graham.

5 thoughts on “Conservative Review: All NCGOPers in DC get Fs (except for Meadows, Jones, Holding, and Walker)”