The final project list is out.  And, as we suspected, the bond issue on the ballot for March 15th is less about road repair and more about passing out pork that individual legislators didn’t have the guts to put their name on and vote on.

Enrollment is down significantly at all of our state’s community colleges.  Yet, that final project list is chock full of new construction for those campuses.

[…] I am lead to believe that there is an approximately 26% fill rate at the UNC system. That means that about 74% of the student seats are empty at any given time. The reasons for this may vary, such as the fact that many classes may be had online, removing the necessity for a class seat. How can anyone justify building new buildings with new seats when we do not fill the current available seats? This is problematic, and a waste of the taxpayers’ dollars.

Some of what is on the list for replacement or renovations has not been requested by the Board of Governors, so Christmas will come early for the UNC system if this bond referendum passes. 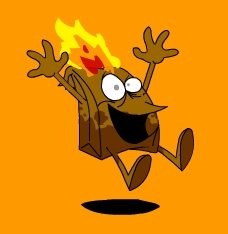 Community Colleges are getting a windfall as well. Approximately $350 million will be going to the Community College system around the state, with most Community Colleges getting between two and six million dollars. Money that, you should know, was not asked for and is not being allocated for pressing needs. If this money is used for neconstruction, no county match is required, but if it is used for repairs and renovations, a county match is required. The amount of the match is dependent on the Tier level that the county has been assigned. Again, a waste of taxpayer dollars and again, Christmas comes early with taxpayers dollars.[…]

The end result is that because funding is available and currently at low interest rates, the General Assembly and the Governor believe that we should spend. These expenditures of funds are neither necessary for the State to continue serving the people, and certainly not indicative of a group of folks who ran on less government, less spending and less waste in government. It breaks my heart, and it breaks the bank!

Roughly $8.5 million of the bond issue is slated to go toward the Highway Patrol’s Samarkand Training Facility in Moore County — a pet project of state Rep. Jamie Boles (R-Moore).  Samarkand had been a juvenile corrections facility up until its closure in 2011.  It was down to 26 inmates and 56 staff when legislators put it on the chopping block as part of dealing with the state’s fiscal crisis.  At the time, DOC officials moaned a lot over the closure. Reports indicate taxpayers would save $3.1 million with Samarkand closed.

For the last four years, Boles has been trying hard to get it reopened under state auspices.  Here he is in 2013:

[…] Now the state is planning a $10 million renovation to convert it into law enforcement training center, the first of its kind in North Carolina, said state Rep. Jamie Boles.

Boles, a Southern Pines Republican, pushed for funding to be included in the state’s newly adopted two-year budget.

The budget includes $5 million a year in the next two fiscal years to renovate and update the former rehabilitation center on a wooded 450-acre site in northwestern Moore County.

“The potential is so huge for this facility,” said Boles, who serves as chairman of the Appropriations Subcommittee on Justice and Public Safety. “I get goose bumps every time I think about what it can be. It’s really going to be something we can all be proud of.

“It will be a great asset for this state and Moore County.”[…]

First of its kind ????  Um, Salemburg anyone?    From what I am hearing from county bigwigs and folks in the know in Raleigh, NO ONE has been asking for this.

And county sources tell me this:  If the bond passes, and this thing gets built, county taxpayers will be on the hook for $300,000 — currently not budgeted —  to supply an EMS station to serve the new Samarkand facility.

And what is the problem with training law enforcement officers at community colleges?  I am adjunct faculty at a few different campuses, and I see the under-use of facilities firsthand.  There’s plenty of room. And we’re already paying for it.

Folks, recognize this bond issue for what it is.  It’s a bunch of politicians paying off cronies and getting us to vote to let them do it.  Are we going to do it, though?

5 thoughts on “ConnectNC: a flaming bag of poo left on our front porches”