Dan Bishop — our only hope in North Carolina’s US

House delegation — laid it all out for Fox’s Larry Ludlow:

Friday on FBN’s “Kudlow,” Rep. Dan Bishop (R-NC) boasted of his and other Republican members of Congress who held out against supporting Rep. Kevin McCarthy’s (R-CA) effort to win the House of Representatives speakership.

Bishop told host Larry Kudlow the holdout resulted in a “good agreement” that would better serve the American people.

“Well, Larry, we have been involved in a process that’s very beneficial to the American people, to this institution that’s so broken, as you well know, in Congress, where we just had two weeks ago just the latest $1.7 trillion omnibus rammed through Congress, designed by just a handful of people,” he said. “That isn’t the way it should work. And these 20, of whom I’m very proud, worked hard for months before we got to the opening of Congress, but continued until we got a good agreement to make changes in this place that will work better for the American people.”[…]

Dan, I wish wish wish you could trust these people.  Trust, but verify.  Like Reagan warned about dealing with the Soviets.  I trust the Kevin Fan Club about as far as I could throw some of them. 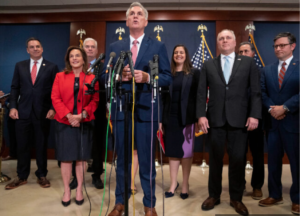 If this agreement is so great,  get it out to the public online.  So, we can see the actual text and the actual signatures.  It’s much harder to lie and deny when we can see what was signed clear-as-day.

[…] “A lot of it is about our rules of procedure,” Bishop continued. “Many of those had been settled before we had Congress open, but there also was lacking commitments on legislative policy strategy. We have done some important things there on fiscal governance, the fact that we just cannot allow the federal spending to balloon up and out of control and have those omnibuses that is the best — it is the way that those things come to pass. Another thing that I’m particularly interested in is the select committee on the weaponization of the bureaucracy against the American people, something like the Frank Church Committee from 1975. I have been particularly involved in hashing out the details of that. We’re very near the end of the language on that to implement it.”

“So it’s just a — it’s this very important effort by some people who are willing to show courage,” he added. “None of it would have happened unless we had been willing to do that.”

Remember:  Dan Bishop was the ONLY one from North Carolina who had the guts to stand up and fight against the DC cartel. (He apparently doesn’t care for the taste of the dirt on the soles of Kevin McCarthy’s shoes.)

The important result here is that the Freedom Caucus pushes the House GOP caucus to show the GOP does actually stand for something.  Knowing some of these characters, there will be the temptation to settle scores and seek retribution. Hopefully, cooler heads will prevail.

Not much will get done over the next two years, if folks stand firm.  Schumer and Biden won’t let any conservative legislation pass.  If the Freedom Caucus sticks to its guns and uses their votes as weapons, they can stop some bad stuff from getting out of the House.  Stuff has to pass BOTH chambers to become law. 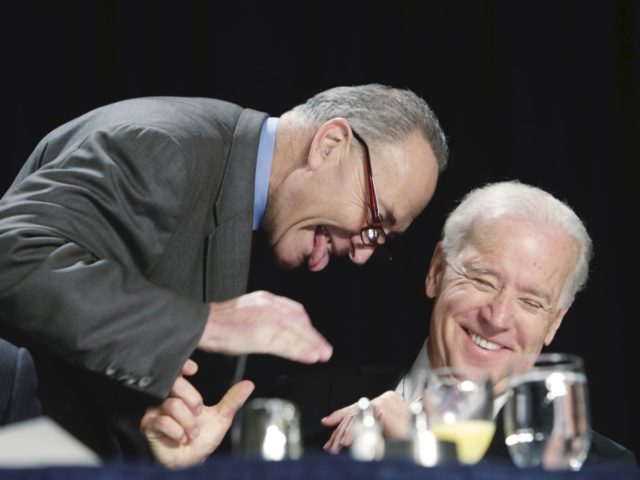 It’s pretty easy to argue that the less that gets done on Capitol Hill, the better it is for our economy and our country.  Totally explains the so-called “Clinton economic boom.”  (GOP Congress, but a Dem White House.)

Our folks in Raleigh can learn a lot from what’s been happening in DC.  When Timmy and the gang get out of hand, withhold votes from them.  Make them go crawl to their socialist friends on the other side.  Don’t aid and abet big government.

We’ve got our own House Freedom Caucus.  Disappointingly, they’ve allowed

porky Jason Saine onto their roster.  (Totally a spy / saboteur for Tubby Little Timmy.)  By getting some backbone, and sending Saine away, they could become a force to be reckoned with in our fair state capital.

4 thoughts on “Bishop signals the END might be near”