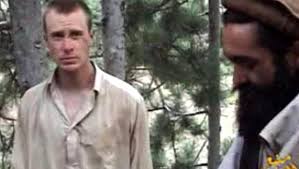 The exchange of FIVE Taliban fighters for ONE US soldier (reportedly a deserter) is one hot topic of discussion these days.  Folks in both parties all over Capitol Hill are suggesting Obama broke the law by not briefing them on the prisoner swap beforehand.  Kay Hagan and Thom Tillis, the two major parties’ US Senate nominees in North Carolina, have both expressed reservations about the deal.

Men who served with Bergdahl in Afghanistan have expressed outrage over the trade.  They have labeled Bergdahl a deserter, and noted that at least six soldiers were killed looking for him.  They’ve also expressed disgust over FIVE dangerous Taliban types being released back into the battlefield.

Obama’s national security adviser, Susan Rice, is out there spinning her heart out on this story.  They had her out there for Benghazi — and that worked *soooooo well*.

Novelist Brad Thor has inserted some really interesting new information into the discussion about Bergdahl. 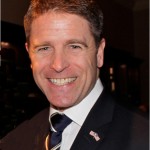 Thor writes some great political thrillers in the vein of the late Tom Clancy.  (The information in those books makes one assume that Thor has some really good inside sources in DC’s political and national security communities.)  Here’s Thor’s take on the story in a recent op-ed:

U.S. Army Sergeant Bowe Bergdahl has been released from captivity.  That’s the good news.  Every American and every freedom-loving person in the world should rejoice.  The reunion with his family will be a major media moment and a major moment for the president.   The bad news is that President Obama has now placed a target on the back of every single American – civilian and military alike.

For more than 200 years, the United States has had a policy of not trading prisoners for American hostages.  That policy has been shredded and international travel to even cities like London, Paris, and Amsterdam will now pose an exceptional danger for Americans.

And as Americans, we must all ask: at what price was Sgt. Bergdahl’s freedom purchased?

When news of Sgt. Bergdahl’s release broke, I reached out to intelligence contacts who have operated in the Af/Pak region and are familiar with the situation.  I wanted to discuss what was being reported – and more importantly – what wasn’t.  The following is what they told me.

When Sgt. Bergdahl was picked up by the Haqqanis, he was described as diwana – the Pashtu word for intoxicated.  He was with two or three Afghan soldiers he had walked off his Forward Operating Base with.  It is believed the group was en route to indulge in further intoxicants.

Once the Haqqanis had stumbled onto Sgt. Bergdahl, they moved quickly to secure him and move him out of Afghanistan into Pakistan.

This information was passed on to U.S. Special Operations Command, who contacted the powers that be in Kabul, who in turn reached out to Sgt. Bergdahl’s Forward Operating Base.  According to my sources, the F.O.B. had not even noticed that Sgt. Bergdahl had failed to appear for muster that morning.

Until they could spirit Sgt. Bergdahl out of Afghanistan, the Haqqanis decided to hide him nearby among the nomads known locally as the ‘Koochi.’  And while the soldiers of Task Force 82 passed by, frantically searching for Sgt. Bergdahl, shouting “Bowe!  Bowe!” not a single Koochi tent flap was lifted or even investigated.  Had that been done, Bergdahl might have been discovered and rescued before the Haqqanis could sneak him into Pakistan.

The Haqqanis took Bergdahl into the Showal area of Northern Waziristan where he fell under the control of a man named Mullah Sangeen Zadran, the chief of operations for Siraj Haqqani – head of the Haqqani terror network. 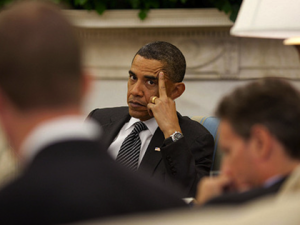 Mullah Sangeen’s brother, Bilal oversaw the logistics of Sgt. Bergdahl’s day-to-day captivity.  Sgt. Bergdahl was kept lightly guarded – in order not to draw attention – and moved often.  To his credit, Bergdahl attempted more than one escape.

Contrary to press reports, the Afghan Taliban – aka the Quetta Shura – never had their hands on Sgt. Bergdahl.  He was always under the control of the Haqqani network.

As more intelligence was developed, it was put into the reporting stream and fed up the chain of command.  The Obama Administration seemed either unable or unwilling to put forth any attempt to rescue Sgt. Bergdahl – especially as it would mean violating Pakistani sovereignty, something similar to the bin Laden raid, which would require a presidential decision.

Some of those I spoke with suspected that the U.S. wanted to write Bergdahl off.  “If he had been a Tier One guy, from Delta or DEVGRU,” one contact told me, “they would have gone into Pakistani in a heartbeat to get him back.”

Accidentally, something similar may have happened.  In early August 2013, a U.S. military unit – operating on intercepted signal intelligence – stumbled across the confusing Durand Line and conducted a raid on the Pakistani side of the border.

They hit a house believed to have been holding Sgt. Bergdahl.  Unfortunately, he wasn’t there.  They did, though, take a man named Gehangir, into custody.  It was a smart move.  Intelligence would later reveal that the house was indeed a Haqqani safe house, Sgt. Bergdahl had been there (though recently moved) and Gehangir was a Haqqani operative who ran the safe house for the Haqqani network.

On or about September 5, 2013, Mullah Sangeen was killed in a drone strike.  Though he was Siraj Haqqani’s chief of operations, tensions between the two men had been mounting for some time and there are those who suggest Sangeen’s location was purposefully leaked in order to get him out of the way.

It was expected that Siraj Haqqani would now consolidate things and move to take tighter control of Sgt. Bergdahl.  He did so by putting Bergdahl under the control of one of his deputies, Ahmad Jan – while Sangeen’s brother, Bilal still maintained custodial control and saw to the day-to-day details of guarding Sgt. Bergdahl and moving him from place to place.

Not longer after taking over for Sangeen, Ahmad Jan was droned.

The habit of leaving men behind has become an alarming hallmark of the Obama Administration.  We have never before done that as a nation.  I can’t imagine the Special Operations community, the intelligence community, or the military in general are very happy right now.  President Obama knew for too long where Sgt. Bergdahl was and did nothing to get him back.  The Pakistanis, who also knew, haven’t been sanctioned for their culpability in this outrage, much less for the sanctuary they provided for Osama bin Laden.

According to the Associated Press, any effort to free Sgt. Bergdahl suffered from “disorganization and poor communication among numerous federal agencies.” Nevertheless, whether it was the “shrinking U.S. military footprint in Afghanistan” or a need for a stage-managed win to distract from the scandals and failed foreign policy plaguing the Obama Administration, someone decided to redouble efforts to secure Sgt. Bergdahl’s release.  But as history has shown, when negotiating with the Haqqanis you need to sharpen your pencil and bring a big checkbook.

The Haqqanis care first and foremost about the Haqqanis.  To my previous example, they are 80% Sopranos and 20% terrorists.  It always comes down to the money with them, always, which makes the terms of Sgt. Bergdahl’s release so curious.

Why would the Haqqanis ever hand over a hostage (referred to locally as “Golden Sparrows’) as valuable as Sgt. Bergdahl without getting anything in return?

Four of the Gitmo prisoners being released by the United States are not Haqqanis, but rather Afghan Taliban.  In fact, only the fifth, Nabi Omari, has any significance for the Haqqanis.  Omari allegedly has family in the Haqqani network and is a “favorite/lover” of Raschid Hafiz, a member of the inner circle around Siraj Haqqani.

It is almost incomprehensible that the Haqqanis would not demand the release of Haji Mali Kahn, a major Haqqani commander.  Kahn was captured in 2011 and is known not only as the “brain” of the Haqqani network, but also as a “revered elder of the clan,” and “the uncle of the network’s leader, Siraj Haqqani,” who was “in charge of suicide attacks, other attacks, money, finance and operations” and “served as an emissary between the Haqqanis and Baitullah Mehsud, the former head of the Pakistani Taliban.”

If the Haqqanis are going to do a prisoner swap, Haji Mali Kahn is unquestionably the person they’d ask for.  They have been working day and night to get him returned.  Yet his name wasn’t mentioned in regard to releasing Sgt. Bergdahl?

Perhaps they did ask for him.  Maybe Kahn is such a bad guy that even the Obama Administration said, “absolutely no way.”  If that were the case, the Haqqanis would simply default to asking for more money.  That’s what they do.  Eventually a price would be reached and a deal would be struck.  So then why release the Afghan Taliban prisoners from Gitmo at all?  Better yet, why was the U.S. even negotiating with the Quetta Shura when it was the Haqqanis who had Sgt. Bergdahl?

None of this make any sense- unless something else was going on.

If the Obama Administration did pay a ransom to the Haqqanis – through the Quetta Shura, the Pakistani ISI, or via a wealthy Middle Eastern Haqqani supporter acting as a middleman – the United States would have knowingly funded a terrorist organization.  The United States would need a big fig leaf to hide that funding from the public and the Afghan Taliban/Quetta Shura would have gladly played along.  They would have also made the United States pay through the nose for that cooperation.  Judging by the list of terrorists the U.S. was forced to release, that’s one possible interpretation of what happened.

2 thoughts on “Bergdahl: Did Obama PAY $$$ for his release?”