The coup in Turkey apparently went toes up.  And so it seems did the woeful 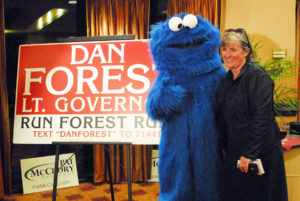 #NeverTrump exercise at the RNC in Cleveland:

On Saturday, MSNBC interviewed Dane Waters of Delegates Unbound, a group trying to get the Republican National Convention to adopt rules that allow delegates to “unbind” themselves from the GOP’s Donald Trump.

Waters said that not unbinding the delegates is “an assault to democracy.”

“The delegates are angry. They are angry, outraged at what happened. What we’re there to do is help them make it clear to the rest of the world that they are outraged, they’re unhappy and they’re angry, unhappy. What happened is an assault to democracy, in my opinion. It flies in the face of everything the Republican party stands for and can’t be allowed to stand,” Waters told MSNBC’s Jacob Soboroff.

Hmmm.  Making these people vote how their counties and districts and states voted is “an assault on democracy” ???? 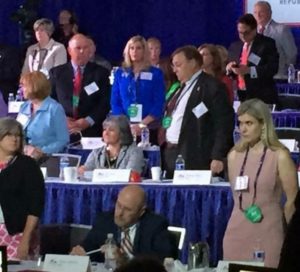 Then, along came a motion to ensure that state delegations vote in accordance with how their voters voted in the primaries.  The photo accompanying this post was taken during the vote on that motion. You can see Zan Bunn remaining seated while the rest of the delegation stands — to the clear astonishment of her fellow delegates.  (Staying seated is a NO vote on the matter.)

Madam Bunn, consigliere to Ma Cotten, has been a fixture at the top of the NCGOP for decades.  I remember first encountering her during the 1988 presidential campaign when — if my memory serves me correctly — she was president of the NC College Republicans.  I was not all that impressed then.  (Still not very impressed.) 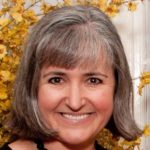 When there have been shenanigans by the NCGOPe, Madam Zan has been in the middle.  She aided her boss lady, Ma Cotten, in politically shivving former, duly-elected, NCGOP chairman Hasan Harnett.

What shocked people most about Zan’s vote in Cleveland was the sheer hypocrisy.  Sources tell me they saw her in the front row at

Donald Trump’s June 14 rally in Greensboro.  My sources tell me she was — to borrow from the late Senator Helms — “grinning like a jackass eating briers” and clapping like a trained seal.

How does one go from publicly fawning over The Donald to trying to screw him over at the RNC?

Of course, Team Trump was not pleased.  A number of those folks took to Twitter and granted Ms. Bunn her very own hashtag:

The folks on Twitter are hitting on something.  It IS all about power.  Zan and the rest of her clique could care less about the success of the party or its ideals.  THEY want to be in charge.  THEY want people coming to THEM seeking favors.

Hasan Harnett stood for the opposite of THAT — and they shivved him.  These people want your money.  They want you to vote every election day.  But then they want you to GO AWAY.

It seems like Goldwater, Reagan, and Helms were all just a dream.

16 thoughts on “#BanZan: Ms. Bunn and the Cleveland Coup that couldn’t get off the ground”