McClatchy makes a living out of communicating leftist propaganda and  mocking more than half of its pool of potential subscribers on a daily basis.  And they can’t — for the life of them — understands WHY their cash flow is down.

Let their evil end-products die on the vine.  Poor decision-making and even worse money management on YOUR part does not justify a bailout using MY or YOUR tax dollars:

[…]Under constant attack for more than a decade, local legacy newspapers took more incoming fire this week when The McClatchy Company—which owns The News & Observer, The Durham Herald-Sun, and The Charlotte Observer, along with more than two dozen other newspapers across the country—reported a $304.7 million net loss in the third quarter of 2019.

The company, which reduced its staff by 3.5 percent in 2018, also told investors Wednesday that it had asked the federal government to bail out its pension fund. McClatchy says it cannot make a scheduled $124 million payment because of “considerable liquidity pressure due to its pension responsibilities and debt load,” The Wall Street Journal reports.

After that announcement, shares in the company dropped 12 percent. In September, the New York Stock Exchange had warned the company that its shares could be delisted because of its massive losses and mounting debts. At the time, its share prices had dropped 64 percent in a year.

The two Observers in Raleigh and Charlotte have long been North Carolina’s flagship newspapers. The N&O was profitable as a standalone paper. In the early 2000s, it was considered one of the top twenty-five dailies in the country.[…]

Then along came the Internet.  (And the people had choices.) 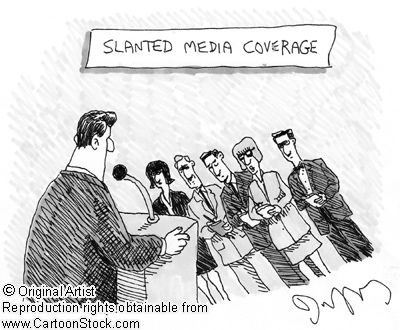 […] McClatchy acquired the N&O in 1995. As recently as 2012, the paper had about a hundred journalists in its newsroom—and that number was down significantly from the paper’s golden years. Now, there is less than half that total.

As a cost-savings measure, the company will eliminate Saturday print editions at its newspapers, including the N&O, The Herald in Rock Hill, and The Observer, in 2020, in favor of an e-edition of the paper. The Herald-Sun already eliminated its Saturday print edition. Publisher Sara Glines, who heads McClatchy’s east region team, wrote in Thursday’s N&O that the Saturday e-edition will contain content from Friday and Sunday’s print editions, including horoscopes, comics, crosswords, and advertising inserts.

As McClatchy’s financial pressures escalate in the wake of a failed attempt to merge with Tribune last year, it appears likely that other daily print editions will follow suit, with the company leaning more on its “digital future.”

Indeed, that was the upside of McClatchy’s otherwise dire Q3 report: Digital-only subscriptions grew 45.3 percent year-over-year and now total nearly two hundred thousand digital-only subscribers, and more than five hundred thousand “total paid digital customer[s].” Because of the company’s digital growth and recent cost-cutting—which has taken its toll on once-robust local newsrooms, including the N&O—McClatchy reported its first growth in EBITDA, or earnings before interest, tax, depreciation, and amortization, in eight years. (EBITDA is a means of calculating a company’s operational profitability and cash flow.)

But hanging over the company’s head is a mountain of debt—$708.5 million as of late September, with just $11.4 million in cash on hand. The original sin was its purchase of the Knight-Ridder newspaper chain in 2006 for more than $4 billion, just before the Great Recession initiated rounds of employee buyouts, layoffs, early retirements, and the sell-off of company properties to keep the company afloat.

“Given that possibility, the company has retained financial and legal advisers to explore options,” Edmonds explains. “Typically, that is a first step toward a company exploring the possibility of a sale.”

The McClatchy family has voting control over the publicly traded company and has resisted either selling it or seeking bankruptcy, Edmonds says. But if the company’s hand is forced, the most likely buyer wouldn’t seem to bode well for the future of local journalism.

“Chatham Asset Management, a hedge fund, is both McClatchy’s biggest lender and biggest stockholder,” Edmonds reports. “Thus Chatham is well-positioned to acquire the company or influence a choice of other refinancing options. Chatham is no stranger to operating newspaper companies, with a controlling interest in a large Canadian chain and the parent company of the National Enquirer.”[…]

Isn’t that sweet?  The National Enquirer and The N&O — same owner.