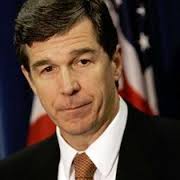 Apparently, our esteemed state attorney general learned NOTHING from the Duke lacrosse case.  In that 2006 case, you had white defendants and a black victim — complemented by a media circus and a pack of howling, protest-marching race pimps.  it was Bonfire of The Vanities come to life. Political expediency and demagoguery had shoved the facts and blind justice aside.

Attorney General Roy Cooper — late in the game — jumped on the bandwagon seeking district attorney Mike Nifong’s head and a dismissal of all charges.  Nifong had an election coming up.  He needed the black vote, and saw an aggressive stance on the case as an easy way to cruise to reelection.

Roy Cooper — fresh off reelection to a new term in November 2012 — is already running for governor in 2016.  There have already been instances — voter ID, the marriage amendment, abortion — where Cooper’s political ambitions were running afoul of his job description.  Some Republicans have called for Cooper to step down –now that he is publicly running for governor.  They suggest that his efforts to score political points and win a promotion will keep him from properly and effectively doing his current job. But Democrats can easily counter those arguments with just two words:  Thom Tillis.

It appears that our governor-wannabe AG is steering us straight into Duke Lacrosse – Trayvon Martin territory.  There was a 2013 incident where a Charlotte police officer shot a black man who — it turned out – – did not have a weapon.  The media is going wild, playing up a racial angle.  The NAACP has already started beating the war drums.

A Charlotte grand jury declined to indict the officer.  Cooper has stepped in and decided that another grand jury needs to step in and take another look at the case.  Instead of sticking with the point that the system has spoken, Cooper has decided to seek insurance that the race pimps will be lined up behind him in 2016.  They want a head on a pike, and ol’ Roy plans to give them one.

I don’t know all of the facts of this case.  The investigators DO.  The members of the grand jury DO.  When I was in the drive-by media, I covered a lot of trials that got statewide and national attention.  I’ll never forget watching other reporters’ coverage of the same events I was present for and thinking: “Did they see the same thing I did?”

Frequently, stuff that the jury is told to disregard — or that is outright inadmissible — gets reported to the public.  Jurors are given strict, specific instructions and guidelines to be used as a basis for their verdict.  Even if it clearly looks like Defendant X murdered the victim —  if evidence of all of the legal codified characteristics of a murder charge are not clearly presented in a court proceeding — a jury has to say ‘not guilty.’

The opinion you form from watching Nancy Grace is far different from the rules that courtroom jurors have to follow. The first details we heard in the media about the Trayvon Martin case and the Duke Lacrosse case were very different from the details we got once those cases got their proper hearing in court.

Remember how we kept getting shown those sweet, baby-faced pictures of little Trayvon?  We didn’t get the more current, more realistic pot-smoking gangsta Trayvon photos until the trial got started.

By the way — I am not one of those ‘the-cops-are-always-right’ kind of guys.  Some of my reporting during my drive-by media days helped lead to my home county’s sheriff and a quarter of his deputies getting convicted in federal court on corruption charges.  Just as in any other profession, the ranks of law enforcement sometimes get their bad eggs.

A lot of law enforcement jurisdictions are a lot like combat duty in The Middle East.  Quite often, you may have two or three seconds to decide whether you live or die, or someone else lives or dies.  I am not about to second-guess anyone whose job requires that kind of thinking day in and day out.

But we should not allow Bill Barber and the stupid mainstream media to serve as judge, jury and executioner in this case, or any other.  Keep politics at the courthouse steps, and let the system work.