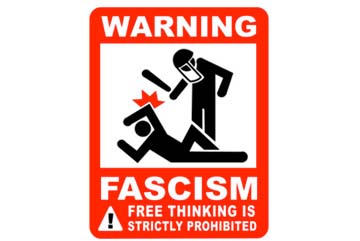 We get a lot of lip service from lefties about the importance of respecting minorities and the minority opinion.  But, when they are in charge, just try to question their motives or object to their agenda.  You’ll get a good look at the underside of a bus.

We all know about how Kay Hagan and Harry Reid and their cronies changed Senate rules to basically kill off the concept of the filibuster — a centuries old tradition in the US Senate.  Republicans — when they ran the show in the Senate during the George W. Bush era — contemplated weakening the filibuster rules.  The Democrat minority — and their lapdogs in the mainstream media — howled, and the idea was scrapped.

Hollywood actress Maria Conchita-Alonso is getting harassed and blackballed by California lefties for daring to appear in a TV ad for a GOP gubernatorial candidate.  It’s apparently OK for actors and actresses to appear with lefty pols.

Lefties have rioted at UNC-Chapel Hill when right-leaning speakers have appeared on campus.  The student government recently cut funds earmarked for bringing GOP-leaning speakers onto campus.

Let’s not forget the UNC faculty members who raised holy hell — claiming freedom of speech — when Civitas merely tried to see if liberal political activism, rather than bona fide teaching, was actually going on in certain departments at the college.  Given the revelations in the current athletics scandal at Carolina, one might suggest that Civitas was on to something.

Lefties are upset with US Senator Richard Burr for holding up a vote on one of Barry’s judicial nominees for North Carolina.  Congressman Butterfield has openly suggested that the Senate should change its rules to prevent tactics like Burr’s from ever being used again. I don’t think he and his cronies minded the same tactics being used by John Edwards against the nominees of George W. Bush or Terry Sanford using them against the nominees of George H.W. Bush and Ronald Reagan.

The Senate filibuster and the “blue slip” have long been tactics to ensure that minority opinions got a fair hearing in our national government’s upper chamber.

We’ve heard all about the IRS harassing Tea Party groups.  Now, it appears a small Hollywood-based conservative group is feeling the heat.   Neither political party in the ruling class establishment has cornered the market on freedom.  Constructive debate was an important cornerstone to the concept our Founding Fathers put into motion centuries ago.  Changing the rules to stomp on the minority — when YOU get in charge — is, to say the least, frightening.