The soap opera within the state Republican Party continues to rage on with shamelessness you won’t find on any of those trashy daytime TV programs.  It appears First District GOP chairman Garry Terry has resigned from that post.  Here is his reputed resignation letter, released publicly on Facebook by NCGOP vice chairman Michele Nix:

From: “Garry Terry” < >
Date: Mar 30, 2016 11:12 AM
Subject: just so the fact are out
To: “Garry Terry” < >
Cc:
I want to thank everyone who has supported me over the years – your confidence in me is humbling and has meant a great deal.
It is difficult to pen the words that I’m about to write but those of you who know me recognize that I stand on a rock solid foundation and that when I speak, it is with conviction.

Effective immediately, I resign as First District Chairman.
It has been a struggle to witness a completely unqualified person attempt to lead the state party as chairman.
It has been equally frustrating dealing with a vice chairman who cannot control her anger.
It has become an increasingly hostile environment and simply no fun anymore.
Their talk of unity is but a joke, yet to be realized by many.
They purport to lead, but since day one the chairman has continually and publically demonized the Central Committee.
The vice chairman has also made public statements degrading the Central Committee.
The goal was to focus hate on us and it has worked well for them to achieve their selfish goals.

The two of them have caused much divisiveness and anger in the Party.
The public humiliation of the NC GOP in the press by the chairman and an earlier email exchange with the vice chairman have caused me to make this decision, which I think is in the best interest of the Party.
Very simply put, I will not be led by fools.
Both the chairman and vice chairman of the North Carolina Republican Party should resign or be removed from office.
Garry Terry

Funny.  I was thinking back to all of those NCGOPe types who lectured me and my fellow conservatives about sucking up our pride and getting behind Pat McCrory and Thom Tillis.  *”Sometimes you can’t get everything you want in a candidate.  You HAVE to think of the party first.”*

Well, it appears that advice goes right out the window when the GOPe ends up on the wrong side of an election.  Nix and Harnett were elected fair and square, by a large margin, by convention delegates from across the state.

Now, how did “mean ol’ ” Michele Nix respond?  (She had to — since the chairman is locked out of his email AND his office.) :

Statement on the Resignation of District 1 Chairman Gerry Terry
Michele Nix, Vice Chairwoman
In the absence of Chairman Harnett and with a heavy heart, this morning, I received the resignation of District 1 Chairman and Central Committee member Gerry Terry. His email is attached and has been forwarded to the NCGOP General Counsel’s office for dissemination. 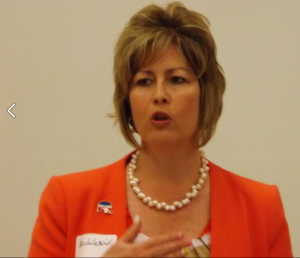 I have had the pleasure of working with Mr. Terry for the past year and while we have had our disagreements, I have found him to be a man of principle. His service to the GOP and to our state has not gone unnoticed and I greatly appreciate all he has done for the NCGOP and District 1.
Unfortunately, we are at a time where tensions are running high within the GOP. I am continually working quietly in the background to find a resolution to the issues currently plaguing the NCGOP that could undermine what should be a stellar 2016 election for the Republican Party. I can understand the stress Mr. Terry and other members of the Central Committee are currently under and continue to urge them to find an amicable resolution so we can all begin working together to defeat Democrats this Fall.
Despite the stream of negative comments directed at me, I am not seeking Chairman Harnett’s job and continue to urge caution and patience in all matters regarding the NCGOP. My primary goal is to spread the great news about Republican solutions and candidates in North Carolina.
In 2013, Governor McCrory inherited from the Democrats a state government plagued with the fifth highest unemployment in the nation.

Since taking office, Governor McCrory and our Republican-led General Assembly have presided over an economic engine in North Carolina. Our state has added 260,000 new jobs, and is now 6th in the nation for most jobs created. Governor McCrory and our fellow Republicans have lowered taxes, improved educational choice, provided teachers with better pay, cut tons of government waste, cut job killing regulations, and they continue to strengthen North Carolina families.
As Vice Chairman of the NCGOP, I am proud to carry our conservative message across the state and I look forward to working with all of our Republican candidates to get elected and re-elected in November. Let’s get back to work spreading the good news of the Republican Party! 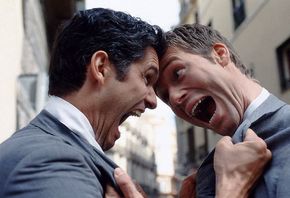 With this crowd, it just ain’t gonna happen.  There are too many selfish egos in the mix who value individual power more than growing the party.

Nix better recognize that the same bullseye on Hasan Harnett’s back is being painted on hers.  Ma Cotten let the cat out of the bag on that conference call the other night — the mutineers are maintaining that they DON’T HAVE to go with the vice-chairman as a replacement for a deposed chairman.

But, wait.  There is yet another twist in the Terry story.  The mutineers are claiming Nix has no authority to accept Terry’s relationship.  Only the chairman can, they say.  But the chairman is currently locked out of his office and his email account.  He’s been put on time-out.

As you can tell, Mr. Terry is a clear supporter of the Dallas Woodhouse / Joyce Cotten-led coup.  The coup plotters would dearly miss Terry’s vote in any future tactics against Chairman Harnett.

I am told there is all kind of research going on out there on how to rescind Mr. Terry’s resignation.