It’s interesting that Gov. McCrory is taking heat for the passage of the so-called “bathroom bill.”  He was opposed to the idea of a special session.

Nevertheless, the driveby media is busily taking dictation from the radical left regarding HB 2 — which basically ratified the idea that ordinances and protections need to be uniform across the state and confirmed the supremacy of the state’s general statutes.  *Scary, huh?*

Well, the angry class-warriors (um, what’s left of them) at the N&O and their comrades at PolitifactNC have chimed in, of course, labeling McCrory a liar on HB2:

[…]Ever since North Carolina passed a new state law banning cities and counties from enacting their own ordinances on discrimination laws, minimum wages and more, Republican leaders have been on the defensive in the face of national attention.

A major talking point has been that, even despite the new law, nothing has actually changed. Gov. Pat McCrory has said as much in person as well as in written statements. Other GOP leaders who supported the bill have done the same.

“We have not taken away any rights that have currently existed in any city in North Carolina, from Raleigh to Durham to Chapel Hill to Charlotte,” McCrory said at a press conference Monday. “Every city and every corporation has the exact same discrimination policy this week as they had two weeks ago.”

We’re going to focus specifically on the claim about cities. When asked about it at that press conference Monday, McCrory said he was blindsided by the question and couldn’t answer it.

The reporter had asked, specifically, about the status of a housing discrimination ordinance in Greensboro and a policy in Raleigh that said any contractors who wanted to do business with the local government needed to have policies forbidding discrimination against gay or transgender people.

A spokesman for the governor later said local housing ordinances wouldn’t be affected, citing a part of the bill that exempts “any private club or other establishment not, in fact, open to the public.”

But he had no answers about Carrboro and Raleigh on Monday. He didn’t respond to a follow-up email sent Wednesday. Another spokesman responded only to say he wasn’t the right person to ask.

Perhaps that’s because the law does invalidate those ordinances.

Herman said the governor’s comments surprised him. Carrboro, for years, has had a policy that contractors paid by the town must have anti-discrimination policies that include sexual orientation or gender identity. And HB2 specifically says that local governments do not have the right to put any such requirements on contractors.

I wonder if one of those was ‘A Boy Named Sue’?   (As a comparison, there are roughly 251,000 AMISH people living in the United States.  As of 2002, roughly 16 million Americans admitted they believe Elvis is still alive.)

Seriously, though.  Since 2010, only 21,833 people in the United States have changed their gender.  I guess that means they “identify” as the opposite gender. There are roughly 300 million people in t 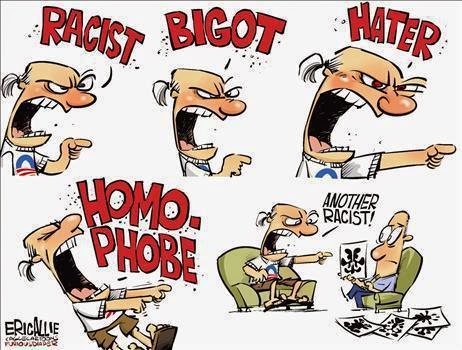 he United States.  So, that would mean we’re talking about roughly .0073% of the U.S. population.  So, we’re trying to alter the laws of nature and make these sweeping changes for the benefit of .0073% of the US population?

EVEN the lefty nut-cases who run Asheville say that a gender-neutral bathroom ordinance — like what Charlotte passed — for the benefit of  trannies is UNNEEDED.

I understand they were blocking traffic in Chapel Hill the other day over the passage of this bill. Try holding a Bible study in a public park in Chapel Hill and see how much “tolerance”  that crowd shows you.

Among mainstream America, we shake our heads and roll our eyes in dismay when big government types do stuff like ObamaCare, gays in the military, raise taxes.  Suggest that boys MUST use the boys’ restroom and the loony left’s heads collectively explode with fury.  They are the ones who eschew “tolerance” and run around threatening boycotts and financial ruin if people don’t see things their way.  THAT is why you see all of these corporate shills tucking tail and falling in line with the mob.  Who wants financial ruin?

I know.  The rest of us don’t have time to block traffic and protest.  We have jobs to do and families to raise.  We have lives.  But sitting back and letting these people continue to eat away at the remnants of our culture and society — the things that made America great — is no longer an acceptable choice.