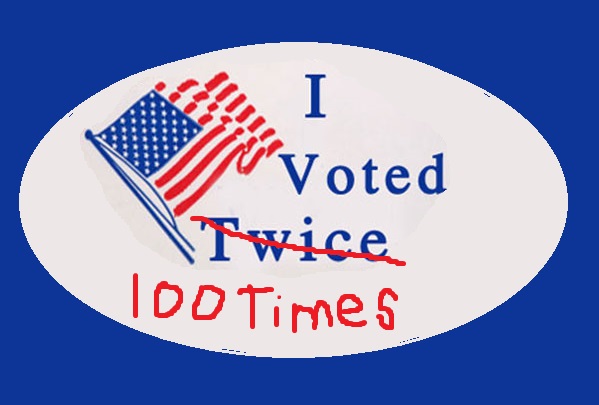 It would seem that the biggest excitement from Campaign ’20 is emanating from within the walls of the North Carolina State Board of Elections.  The GOP members of the board have resigned in protest.  The rules for  absentee ballots got changed after early voting had started.

As has been the case with so many things these days in North Carolina politics,  the folks in the black robes had the last word:

The North Carolina State Board of Elections this week said that county elections boards should send voters a “cure affidavit” if there are problems with their absentee mail ballots, such as a missing witness signature.

But a federal judge Wednesday said that plan isn’t consistent with his previous order on mail voting, giving Republicans a victory with the general election a little more than a month away.

Judge William Osteen ruled this summer that the Board of Elections must give voters an opportunity to correct problems with their absentee mail ballots. At the time, local elections boards interpreted that as meaning they would spoil a mail ballot – and then immediately send the voter a new one.

But the North Carolina State Board of Elections went further. It said the voters would be allowed to sign a “cure affidavit.” The voter would sign a document saying the ballot was theirs and legitimate even if the original ballot didn’t have a witness signature.

State Republicans said the Democratic-controlled State Board of Elections had essentially scrapped state law that requires absentee mail ballots have one witness signature. Senate leader Phil Berger, a Republican, said Democrats were changing the rules of the election after voting had already started.

Because of the COVID-19 pandemic, the General Assembly this summer reduced the number of witness signatures needed from two to one. The vote was bipartisan, with Democrats agreeing that one witness signature would still be needed.

He wrote that the elections board’s guidance may be “reasonably interpreted to eliminate the one-witness requirement under the guise of compliance with this court’s order.” He ordered a status conference for all parties in a lawsuit.

Osteen also cited previous testimony from the executive director of the State Board of Elections, Karen Brinson Bell. She had previously said that the only way for voters to “cure” a mail ballot lacking a witness signature was to contact the voter and send them a new ballot.

Osteen then wrote that “it appears … (the defendants) have rewritten the one-witness requirement, a statute this court previously upheld, to permit submission of an absentee ballot without a witness.”

The ruling comes as tens of thousands of North Carolinians have already voted absentee by mail – and after elections boards began processing mail ballots Tuesday.

(*A federal judge is right up there on the list of “People and Things I Don’t Want to Tick Off.”*). Osteen’s commentary dealt primarily with federal elections in the state.   Another guy in a black robe took a look at the state-level elections:

U.S. District Judge James Dever issued a temporary retraining order on Saturday, halting the updated rules that were hammered out as part of a legal settlement with voting rights advocates.

The revised rules allowed voters who returned absentee ballots with incomplete witness information to fix the problems by returning an affidavit, rather than starting the ballot over from scratch and having it witnessed again.

North Carolina law requires one witness for an absentee ballot.

Dever also halted an updated rule that would have allowed county boards several more days to accept mailed-in ballots that arrived after Election Day, as long as they were postmarked by Nov. 3.

Dever was presiding over lawsuits by state Republican legislative officials and President Donald Trump’s campaign that argued the North Carolina State Board of Elections had usurped the power of lawmakers and diluted the voice of voters who’d already cast ballots before the rules were updated.

One thought on “As the elections board turns ….”