In 2013, we BUSTED WRAL’s Mark “Binky” Binker for running with an utter fabrication about the late senator Martin Nesbitt allegedly calling then-DHHS secretary Aldona Wos a ‘witch.’  NO ONE — not named Binker — could find any actual evidence it happened.  Yet, WRAL never apologized.  And Binky STILL has a job. (Amazingly, so does Laura Leslie.  She’s been seen showing her face around the legislative building in recent days.)

Well, it appears The N&O’s Colin “Gay Stuff!!!!!!!!!”™ Campbell is trying to give Binky a run for his money in the ”Most weaselly, mealy-mouthed biased punk in the press room” contest.  (It’s a crowded field.  The OPPOSITE of what the environment is like in the newsroom over at Colin’s money-bleeding, layoff-ravaged employer’s offices.)

In 2014, Binky and Colin’s former colleague John Frank covered a pro-life group’s award presentation to Greg Brannon and came away with some asinine drivel about him praising slavery. Colin went to the Donald Trump Rally in Raleigh last night.  He devoted an unusual amount of column inches to some millenial Bernie Sanders supporters AND THIS:

[…] Someone in the crowd yelled out “he’s a monkey” while Trump was speaking about Obama.[…]

Really?  In a crowd of nearly 4000, ol’ Colin was able to discern that AND be sure that it was not one of the Bernie Sanders folks or Progress NC troublemakers he also showed love to in his report?  (Perhaps the alleged perpetrator was ACTUALLY commenting while pointing out Messr. Campbell to his friends.)

Why was it necessary to print that? 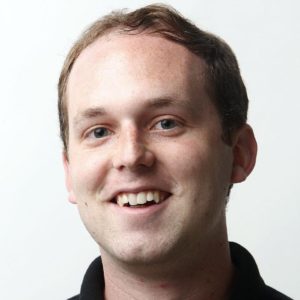 I’m a Carolina Panthers fan.  Should I be held responsible for everything every drunk in a Panthers jersey says or does in the stands on Game Day?  Should Ron Rivera?

If you think the answer is YES, then driveby media fire should be trained on Hillary and Bernie over all of those vicious, rioting thugs terrorizing seniors, women and children simply trying to attend a Trump speech.  (I bet every one of them is a registered DEM with a Hillary or Bernie sticker pasted somewhere on at least one of their possessions.)  There weren’t a lot of Young Republicans tearing up Ferguson, Missouri or Baltimore.  I BET there were *a few* Hillary or BarryO voters.

I understand the guy that shot up the Orlando club was a Democrat who thought Hillary was great. Should Ma-Damn™ be held responsible for what he did?

I don’t necessarily endorse EVERYTHING Haymaker fans say or do.  I appreciate their support of our work here.  But they are adults and OUTSIDE my sphere of influence.  (I am not their daddy.) 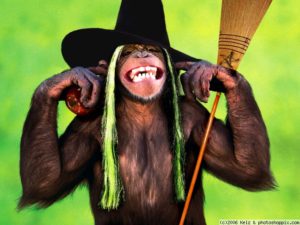 I think if you commissioned a study to identify the political preferences of the perpetrators of some of the rudest, vilest, most violent behavior in our society, the findings would be heavily weighted toward The Left and the Democrats.

Ol’ Colin is dipped his toe into the time-honored driveby tradition of smearing ANY and EVERY Republican pol (and their supporters) as racist.  It’s kind of like McCarthy’s use of “communist” in the 50s.  Who wants to be slapped with THAT label?

You can throw the word ‘racist’ out there, and can make almost any white person / person in power back off and back away.

It’s starting to look like Binky and “Gay Stuff!!!” might have a bright post-driveby future in writing fairy tales.

10 thoughts on “A witch and a monkey: The worst of NC’s political driveby media, or The freakin’ Wizard of Oz? (You make the call.)”