We reported earlier on an effort in Rowan County to censure congressman Richard Hudson.  Now, it appears that county will be producing

a primary challenger to Hudson in 2016.  Rowan County Wes Rhinier has organized a Facebook page promoting a 2016 run for Congress in the 8th district.  It appears — judging from the page’s content — that Rhinier will run as a Republican.  He is a leading figure in the local Tea Party. 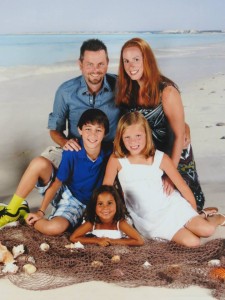 Rhinier gained notoriety in January by introducing a resolution of censure against Hudson before the Rowan County GOP’s executive committee.  Here is the text of said resolution:

As leaders in the Republican Party, we are obligated to fully support our Party, platform, and its candidates. Only in times of great crisis or betrayal is it necessary to publicly censure our leaders. Today we are faced with both. For too long we have waited, hoping Congressman Hudson would return to our Party’s values on his own. That has not happened. So with sadness and humility we rise and declare:

Whereas Congressman Hudson has amassed a long and terrible record of drafting, co-sponsoring and voting for legislation best associated with liberal Democrats, such as Amnesty, funding for ObamaCare both included in the Cromnibus, and assaults on the Constitution like the NDAA. Also casting his vote for John Boehner for Speaker ignoring his constituents wishes for him to vote for anyone else.

Whereas this record has been disastrous and harmful to Rowan County, North Carolina, and the United States; and

Whereas Congressman Hudson has campaigned as a conservative and made promises during his re-election campaigns, such as stopping Amnesty, and repealing ObamaCare only to quickly flip-flop on those promises; therefore

BE IT HEREBY RESOLVED that the Rowan County NC Republican leadership censures Congressman Hudson for his continued disservice to our County, State and Nation, and

BE IT FURTHER RESOLVED that until he consistently champions our Party’s Platform, we, the Republican leadership in Rowan County NC will no longer support, campaign for or endorse Richard Hudson as our U.S. House Representative.

It looks like there will be at least two credible GOP primaries for Congress in May 2016.  Chatham County resident and former county GOP chairman Jim Duncan is being strongly encouraged to primary the 2nd district’s Renee Ellmers.

Hudson, himself, got through the 2012 GOP primary thanks to a massive infusion of cash from then-House majority leader Eric Cantor, who lost his own seat in a shocking 2014 primary loss to a Tea Party challenger.

2 thoughts on “A primary opponent for Richard Hudson?”