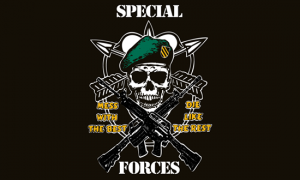 It is really interesting to see and hear all of these people who have badmouthed our military through every operation — dating back to Vietnam — beating the drums to go to war against ISIS / ISIL.

It’s like Lucy and Charlie Brown with the football. The politicians talk tough and then send our folks into harm’s way.  Then, they yank the football away from them  — tying their hands with outrageous rules of engagement. (As the British found out during the American Revolution, there is no real good way to fight a “civilized” war.)

Every one of these military operations suffers from mission creep and micro-management that would make LBJ and Robert McNamara beam with pride from the VIP section of Hell.  The politicians regularly do things like post embassy guards who are carrying empty rifles.  (I saw on the news that the Marine guards evacuating the embassy in Yemen had to surrender their weapons on their way out the door.)  I also understand that some Special Forces from Fort Bragg have been sent into Afghanistan — via commercial airline — with NO weapons whatsoever. If you’re going to have the most potent military on the planet, give them a mission and stand back so they can get it done. Talking tough, and then sending them into a hot zone ham-strung, is a pathetic, sick, joke that disrespects the lives of our folks in uniform.

Afghanistan started out in 2001 as revenge for 9-11.  Then we went to Iraq.  We took both countries, and then the mission creeped into women’s rights, economic development, feeding babies, and all kinds of other bureaucratic goodness.  How do you tell when victory was achieved?  How do you explain to the surviving family members of those killed in action just what w 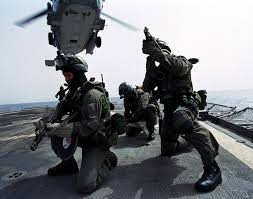 e were fighting for?

I’ve got friends among some of the most elite Special Ops teams at Bragg.  They’ve see Afghanistan up close and personal on many, many occasions.  These guys — some of the most hard-nosed, tough guys you’ll meet — will tell you straight-up that the place is a hell-hole of a mess that NOBODY can “fix.” One of these guys suggested to me privately that the best thing we can do is pull back and quarantine them from making trouble anywhere else in the world.

Well, Washington hamstrung our efforts to cripple al qaeda and the Taliban.  Our troops were pulled out. Then, the region was subjected to an emboldened even more-murderous bunch of nutjobs calling themselves The Islamic State.  They’re doing horrible things to people and places over there.  But where is the specific threat to our national security that requires full-scale involvement of our military?

Let our special ops teams and intelligence community do what they do best in fighting these criminals.  They are much better suited for it than divisions of infantry.

During the debate about going to war, we need to hear a very specific, succinct answer to three important questions:  (1) How do these nut cases on the other side of the world threaten our national security?, (2) What are we fighting for?  and (2) How do we know when victory has been achieved?

If reasonable, satisfactory, credible answers to those questions cannot be provided, we don’t need to go.  I, for one, am sick and tired of politicians talking tough and then using our brave warriors as cannon fodder.  Sending in a small, lightly armed team into Mogadishu for what became “Black Hawk Down” was disgraceful.  Having the guys who guard our embassies do so with empty rifles is disgraceful.  Sending in green berets to Afghanistan unarmed is insane.  Making rules that our guys can’t fire on towel-heads shooting at them from the middle of a crowded residential area is outrageous. 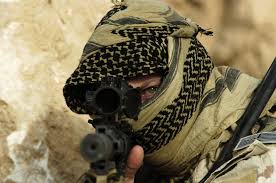 If we’re going to spend the money to build the biggest, baddest, mightiest military, we need to turn them loose full-throttle when we dispatch them into battle. We need to give them a clear cut mission with a clear-cut definition of victory.  We need to give them all the tools and all the authority to get the job done as quickly, and forcefully and effectively as possible.

I am tired of hearing that our folks are being sent into battle to enforce UN Resolution 1234 or the like.  Our military is there to defend our economic and security interests.  Not to be the UN’s muscle.  Not to referee Third World internecine conflicts halfway around the world.  Not to make sure babies get their formula on the other side of the globe.  Their purpose is to fight clear threats to our way of life.  If the allah-akbar crowd even thinks about coming over here to kill people and or explode something, we bomb them from the mesozoic period they live in now back into the paleozoic period.

Politicians are all about talking.  When the talking is done, they need to step back and let the folks who know how to fight handle the fighting.

4 thoughts on “The drumbeat for WAR”