I must admit I had my early doubts about Mark Johnson.  I interviewed him on the campaign trail and learned he had ties to Michael Bloomberg, of all people. 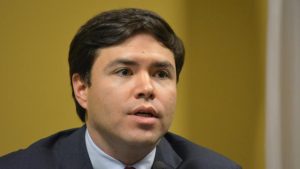 But since taking office as state education superintendent, Mark Johnson has been knocking heads with ALL the right people.  Especially the state board of education:

State Superintendent Mark Johnson listened last week as State Board of Education members bemoaned the millions of dollars in recent budget cuts to the North Carolina Department of Public Instruction. The cuts have harmed staff and students, one board member explained, and he urged Johnson to join them in reaching out to state lawmakers to say “enough is enough.”

But Johnson declined. Instead, he said in his 11 months as superintendent he has found excessive spending at the state education agency and said he hopes an upcoming $1 million audit he has commissioned will root out any other potential waste at the agency.

To that, I turn to our chief spokesman Matthew McConaughey.

“In my time as state superintendent, I have found a lot of things that I’ve found disturbing about this department,” Johnson said. “I will not go into the long list of them, but one little item that I can point out is our SurveyMonkey accounts.”

Johnson explained that the agency uses the online tool to send out surveys to principals, teachers and others to get feedback on important topics. Instead of the agency sharing one account, Johnson said he discovered it was paying for nine accounts. SurveyMonkey plans cost anywhere from $0 for a basic account to nearly $1,200 a year for a premier plan. DPI’s accounts varied in level.

“The really great professional staff (at DPI) pointed that out to me, and that’s something we’re taking care of,” Johnson said.

The communications department’s account alone was $800 to $900 a year, according to newly hired communications director Drew Elliot. He said the agency has stopped anyone from renewing an annually billed account and has begun consolidating them. In addition to the nine SurveyMonkey accounts, the North Carolina Virtual Public School has its own contract with Qualtrics for surveys, Elliot said.

WRAL News asked the superintendent to provide other examples of spending that he has found disturbing since he took office in January. Lindsey Wakely, the superintendent’s senior policy advisor and chief legal counsel, said they did not have a pre-existing document tracking or detailing any examples, but she agreed to put together a list.

“Below are some examples of DPI’s past spending practices and costs, while facing budget cuts, that the Superintendent and his staff have identified and are seeking to address moving forward,” Wakely wrote.

n an emailed statement, Johnson said “the General Assembly is frustrated with inefficiencies at DPI under the State Board’s leadership, and I understand that. To avoid future cuts, we must work on building trust that we are spending our available dollars wisely – keeping our educators and students as the top priority.”

The board and other education leaders “must be held accountable for the taxpayer dollars entrusted to them,” he wrote. Johnson said the agency did not give educators access to almost $8 million in funds provided in fiscal years 2015 and 2016 for early childhood literacy efforts.[…] 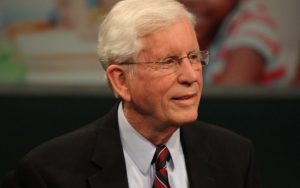 Hopefully, this is not all talk.  Public education at all levels is hamstrung by cash that gets stuck in the bureaucracy when it could be best used at lower levels — like in the classrooms. Hopefully, there will be further discussions — and actions — along this line in Raleigh.

4 thoughts on “A pleasant surprise at NC DPI?”