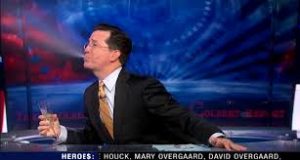 I’ll admit I did quite a spectacular spit-take when I read THIS.  (Editors Note: What a waste of good scotch.)    The drive by media has been an echo chamber, for months now, of liberal activists’ and Democrat politicians’ claims  that HB2 is creating an economic disaster for North Carolina.

Well, WRAL apparently decided to fact-check that assertion. (I know, SHOCKING.)  Even MORE shocking?  Laura Leslie’s byline is on the story!

You remember her.  She’s the OUT lesbian and proud gay rights activist, employed by WRAL to cover state politics, who once wrote on her Facebook wall that HB2 supporters were to blame for the mass shootings in that gay nightclub in Orlando.     Maybe she’s finally seeing the light.  (More likely?  THIS is her penance for embarrassing the station on a national level.) 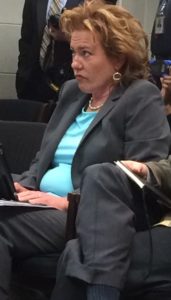 Anyway, here is her take:

Despite big numbers that total up to more than half a billion dollars, the numerous sporting events, concerts, conventions and business expansions that North Carolina has lost in recent months because of a state law limiting LGBT rights have created only a tiny ripple on the state economy, according to a rough analysis by WRAL News.[…]

Together, those canceled events top $505 million, and the figures don’t even account for the economic activity lost from concerts and other performances, such as Bruce Springsteen and Cirque du Soleil, that have been canceled because of House Bill 2.

While half a billion dollars is a significant figure that’s harmed businesses directly affected by cancelations, it’s a tiny fraction of the state’s overall economy. According to the U.S. Department of Commerce, North Carolina’s gross state domestic product for 2015 was $510 billion. So, even at $500 million, House Bill 2’s impact on the state economy has been about 0.1 percent.[…]

Boy.  Leftist heads are exploding right along with all of the bovine feces  the leftist political machine has been pushing this campaign season.  Roy

Take all of that, along with the now-apparent LIE that HB2 is destroying our economy, and you realize that the entire leftist / Democrat campaign operation is based on falsehoods.  LIES.  Total bull-crap.

WHY on Earth would you dare to vote for a crowd that apparently thinks so little of you that they would LIE to you like this? 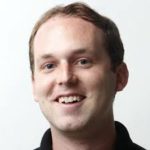 Now that the HB2 myth has been debunked. I’ve got a new lead for our state’s drivebys.  The economic impact of the Charlotte riots!   (Hop to it, Binky and Colon!)