Ok, here it comes.  Lots of people have been asking for my thoughts on the primaries.  Some of this will be preaching to the choir.  Some will spark some debate.  But hey, you know I never have — and never will be — accused of being a shrinking violet.  Here we go:

For Governor:  Robert Brawley.  He’s under-funded and has an awful campaign organization.  (It’s a shame.  He’s had a lack of overt visibility on the campaign trail. But folks I know who have seen him in person for the first time tell me he’s been impressive.) Brawley is a class act who has stood strong in Raleigh

as a voice for ethics and good government.  The Charlotte Way has made its way to our fair capital city.  A lot of folks I know in Charlotte say they see the same stuff going on in Raleigh that led to their city becoming an economic mess and a political purgatory for Republicans.  The McCrory regime has governed with one hand out constantly trolling for campaign cash.  The toll road mess in Charlotte — championed by McCrory and Thom Thilli$$$ — will likely lead to a multi-million (or billion) dollar bailout by the rest of us out here.

Loads of Democrats and other statists have been appointed to powerful positions. They’ve sabotaged conservative efforts. And now they’re putting the GOP ticket in the awkward position of advocating for a billion dollar boondoggle of a bond issue during a HUGE election.

It’s unlikely Brawley will win the primary.  But a strong showing from him would send Raleigh a clear message they will hopefully respond to before the general election in November.

For Attorney General:   Buck Newton. Hands down.  Newton is promising 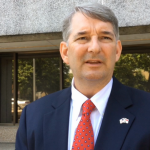 to actually be our defense counsel against bureaucrats and other big government types in Raleigh, DC and beyond.  His opponent, John O’Neill, has been the longtime DA for Forsyth County. On the stump in this race, it still sounds like he’s running for DA.

O’Neill stood with Roy Cooper in blasting the GOP-controlled legislature.  He’s also being managed by the Paul Shumaker cabal that has given us such superstars as Thom Tillis and Richard Burr.

For Insurance Commissioner.  Mike Causey.   There aren’t a lot of great choices here. 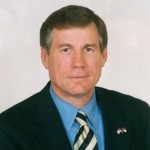 Causey is — in my view — the lesser of three evils.  Causey has been running for stuff, it seems, since the late 80s.  He’s a nice guy with some great ideas.  But he’s had a bad habit of vanishing after winning the nomination.

Will he do it again this year? Who knows.  But he’s the best we have to work with here.

For Department of Public Instruction Superintendent.  Rosemary Stein.  The Alamance County pediatrician, and parent, has some interesting ideas about bringing innovation to public education.  She’s been an ardent foe of Common Core, an advocate for school 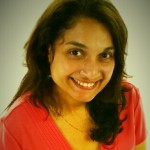 choice, charter schools and homeschooling, and advocates enhancing the influence of parents in the education process.  Wesley Sills, a Harnett County teacher, is a close second choice for me. Though, he troubled me in a recent forum when he bragged about incumbent June Atkinson co-opting a lot of his ideas.

Mark Johnson is a huge HELL, NO.  The Forsyth County school board member and attorney is an activist with a national left-wing pro-Common Core group.  He’s been funded by billionaire and liberal activist Michael Bloomberg.  He strikes me as an awful lot like what we already have in office at the Pink Palace.

For Agriculture Commissioner.  Andy Stevens. Yet another office that needs to be 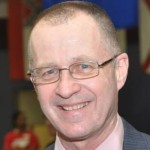 appointed and not elected.  But, I digress.  Conservative activist Andy Stevens has tried to take it to incumbent Steve Troxler.  Stevens has railed against the department’s growth and intrusiveness under an allegedly Republican regime.  (During the campaign, it has come to light that Troxler served as head of Farmers for John Edwards during the 1998 US Senate race. Talk about bringing your own competence and judgement into question.)

Andy is underfunded and a lot less-known.  He could surprise us all, get in, and shake Raleigh up. But, at the very least, a vote for Stevens sends a clear message to Raleigh.

For Secretary of State.  Mike LaPaglia.  Again, we don’t have good choices here.  LaPaglia has a lot of the same team advising him that advises Brawley.  So, he’s basically been invisible.  I got to see and hear him once at a forum in Pinehurst. He seems like a decent guy.  The fact that his opponent, AJ Daoud, tried to blind-side him with a vicious attack about pe 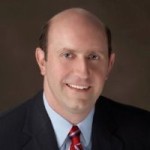 rsonal finances during that forum caused me to develop some sympathy for LaPaglia.

Daoud forces have been circulating news items about a foreclosure proceeding involving LaPaglia and his wife.  Reading between the lines, it looks like an off-shoot of a marital dispute — possibly a divorce.  Anyway, the oreclosure was stopped and settled.

Daoud, on the other hand, has no room to be bashing someone over finances.  He got busted by the Board of Elections for shoddy record-keeping from his 2012 run for the same office.  They hit him with a $10,000 fine — with a stipulation that he could not file or run for office until it was paid.  Well, AJ filed and has been campaigning.  The state board has not said a word.  I asked AJ about the fine.  His response?  “They dropped it.”

Really?  How come there is no documentation of this?  The assessment of the fine was documented.  I, for one, would want it in writing that the state forgave a $10,000 fine against ME.

It makes you wonder if this disappearing fine had anything to do with AJ’s mysterious decision to drop out of the NCGOP chairman’s race back in June.

Also, AJ Daoud presents further concerns about putting him a job dependent on record-keeping and regulation-abiding.  Aside from being cited by the state elections board for campaign finance reporting irregularities, there is no mention in his report of that bus he has been driving all over the state.  THAT would have to be listed as an in-kind contribution at least.

8 thoughts on “Your guide for Tuesday’s voting (part 1)”